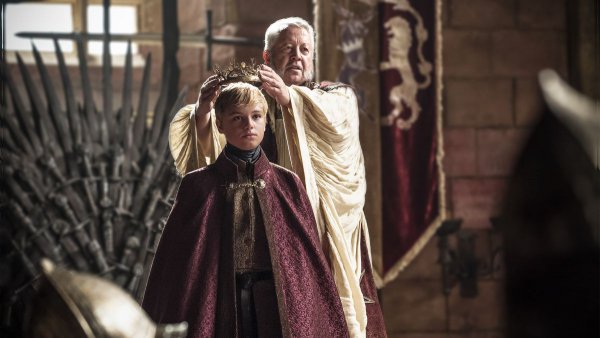 Power is the driving theme behind ‘First of His Name’. We’ve reached the mid-point of season four (crazy, I know), delivering an episode that blossomed new story lines while continuing to build others. King Tommen is crowned, Sansa and Petyr reach the Eyrie and Daenerys makes the decision to stall her invasion of King’s Landing to rule in Meereen.

The episode didn’t quite have that ‘mid-point’ feel. Everything was much more subtle. I credit this effect to the slow pace of the previous two episodes. This is not necessarily a bad thing. After the absolutely killer first two episodes, the audience needs some time to decompress, to build up the tension for the latter half of the season. We knew Tommen would be crowned king after Joffrey’s demise in episode two, we knew Petyr was behind the assassination and taking Sansa to the Vale the very next episode, and we knew that Jon Snow and the Night’s Watch were planning the raid of Craster’s Keep. My point – we were denied the shock-value that Game of Thrones is renowned for.

Every twist and turn was presented to us with a thin veil of subtlety. Arya declaring to The Hound that he’s on her kill list, Sansa discovering just how crazy her aunt Lysa really is, the Iron Bank of Braavos getting another shoutout while Prince Oberyn and Cersei have vengeance on their mind. Each of these scenes certainly has plot-changing ramifications, but, in my opinion, lack the dramatic effect to really get the point across to the audience. Lysa and Sansa’s scene certainly left a mark, but the rest fell short. Is director Michelle MacLaren to blame for this? Perhaps I’m being too harsh, but the last two episodes directed by MacLaren, known for her work on Breaking Bad, have been less than stellar. She’s an incredible talent, no doubt, but something about these last two episodes just feels… missing. 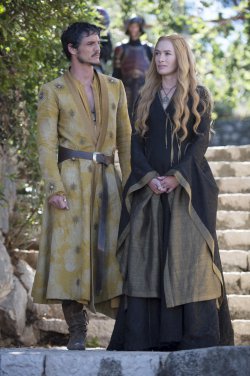 Keeping to the point, the subtlety of ‘First of His Name’ served as both a blessing and a curse. It’s amazing how refreshing it is to have scenes that are (somewhat) true to the books. Watching Arya train with Needle was a breath of fresh air; she and The Hound continue to be some of the most satisfying and well presented characters onscreen. Petyr and Sansa’s walk down the to Bloody Gate was also a fitting and badass tribute. These two characters have always been muddled in the background of King’s Landing but I’m excited to see this storyline play out in the Eyrie. I’m a little conflicted when it comes to Cersei this season. On one hand, I enjoy seeing her back in her element – plotting and manipulating with every word she utters – but on the other hand, I remember a much more reckless Cersei from the books. We’re only five episodes in, I know, but I’m still waiting for Cersei to reveal her true nature.

And finally we come to the battle of brothers at Craster’s Keep. It’s a well known fact that Weiss and Benioff take certain liberties when it comes to plot direction, creating a huge rift in the Game of Thrones community between book loyalists and everyone else who doesn’t really give a shit as long as the story works. I’ll play Switzerland in this debate, because the truth is that Weiss and Benioff always manage to get the audience from A to B. The path may be different, but somehow they’ve managed to stay on track. Craster’s Keep is a perfect example of this. Bran’s capture and escape came out of nowhere for readers, but the near reunion with his half-brother Jon served as a gut-wrenching test. Like many Starks, Bran is forced to turn his back on his family to fulfill his greater purpose. Across the battlefield, Jon continues to build his reputation and earn the respect of his brothers by killing the cutthroat Karl. Correct me if I’m wrong, but was that actress Jane McGrath that saved Jon? Upon hearing of her casting, I thought she’d be playing Val, the Wildling Queen. Guess I was wrong there. Anyway, Craster’s Keep serves as a fun and action-packed test for Jon, Bran and the Reeds. Some book readers are still going to be upset with the changes, but if you’re going to sit there and pretend like you didn’t enjoy watching Hodor snap Locke’s neck, well, I just feel sorry for you. Enjoy the little things in life.

‘First of His Name’ did its job in changing the course of some of the storylines in season four, but lacked the emotional pull that accompanies such changes. Lysa confessing her role in Jon Arryn’s death was so subtle and quick that I almost missed it. Across the Narrow Sea, Daenerys’ storyline has come to a near stand-still. This is an intricate and complicated storyline, we’re halfway through the season and she’s just made the decision to stay in Meereen. Let’s not forget about Tyrion and Jaime, or Stannis and Davos, or Oberyn and The Mountain, who’ve received little screen time these past few episodes. Perhaps I’m being impatient, or perhaps these final five episodes will absolutely blow our minds, but Game of Thrones has A LOT of catching up to do.

What did you think of last night’s episode? Tell us what you think in the comments below.

For now, you can enjoy this week’s “Inside the Episode”, along with a preview for next week’s episode, “The Laws of Gods and Men”: