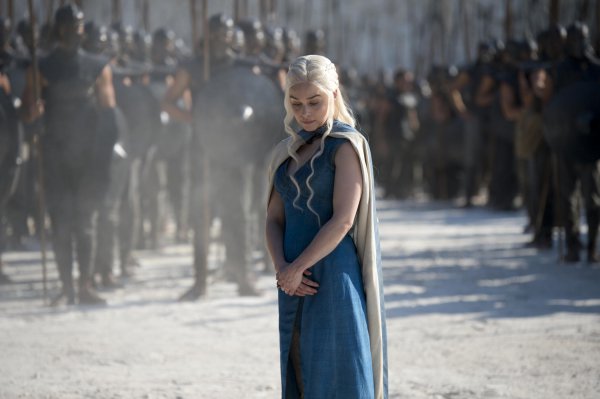 My expectations for this episode were relatively reasonable considering the heart-stopping conclusion to prior episode. As an avid show watcher whose life is just a bit to busy to get around to reading the books, I still don’t think I’ve completely recovered from the way shocking way it ended. Overwhelming joy would be one way to put the way it left me feeling.

As we entered this episode, I expected it to focus heavy on the falling out transpiring in King’s Landing after the well-anticipated (and perhaps overdue) death of King Joffrey and was pleasantly surprised by the way the episode took us through various character arcs instead.

An epic search has begun for Sansa Stark, who is a character that I will always have a soft spot for, as you can see in my previous article The Ultimate Pawn of Westeros. For a character that is consistently deemed useless and without very much interest to her, Sansa Stark always seems to be at the top of the list of the plots that transpire in King’s Landing. As the last known remaining Stark, it’s not surprising that she is endlessly important.

With the reentry of Littlefinger, who has obviously transposed his unrequited affection for Catelyn Stark to her oldest daughter, I’m hoping that this will give Sansa an opportunity to shed the “Little Dove” persona that she has been forced into by the Lannisters and to embrace her Stark wolf.

“What did I once tell you about the Capital?”

We also learn that it was Lord Baelish behind the murder of the King, a twist that I’m honestly thrilled with. The fact that Sansa unknowingly played such a pivotal role in the murder of King Joffrey only further solidifies my theory that Sansa Stark truly is the ultimate pawn of Westeros.

There was one theme that seemed to stretch throughout the lands and unify the episode, which I continued to go back to. Numerous scenes seem to focus solely on the unwavering desire for power and how these characters are willing to sacrifice their own self worth and humanity to move forward in the societal ranks.

This is first introduced in the scene with Margaery Tyrell and Lady Olenna, who will forever remain one of my favorite characters. Margaery is unsurprisingly focused on whether or not she is actually Queen, as her husband died just hours after their marriage, and Lady Olenna chooses to focus more on what their next step will be. Their alliance with the Lannisters has not fallen with King Joffrey and she urges Margaery to focus on finding a new husband, one who will further aid that alliance and her growing power. This is something that is extremely popular in Westeros; a strong woman who is passed off from man to man as if she is worth nothing more than the price of what is underneath her skirts.

The next scene that shows this occurs in over Joffrey’s dead body as we’re given a deeper look into Tywin Lannister and how little the death of his grandson actually means to him. He spends his time discussing with Tommen, the new King-to-be, how he will rule and what mannerisms are acceptable. He even goes as far to say that Joffrey was a terrible king, which though true illustrates the lack of empathy the man is capable of showing.

Lena Headey is flawless, yet again, in her portrayal of Cersei Lannister. As the only person who ever showed any true affection for Joffrey, her devastation in her son’s death only makes her that much more captivating to watch. Headey perfectly embodies the heart breaking reality of a mother’s loss, something one might not expect from a character as cold and seemingly heartless as Cersei. Her unnerving desire to place blame and to seek revenge to lessen her pain is probably one of the most natural character arcs the show has presented.

There is an evident breakdown in the character dynamic when Jaime forces himself on Cersei next to their illegitimate son’s body, ignoring her pleas to stop and her cries of morality. As a character that has developed so much in the past season, it was especially difficult to see Jaime return to his ruthless Lannister ways in such a brutal way. I could write an entire piece on the devolution that has occurred inside the Lannisters since the death of Joffrey and Jaime’s actions would probably be the main focal point. 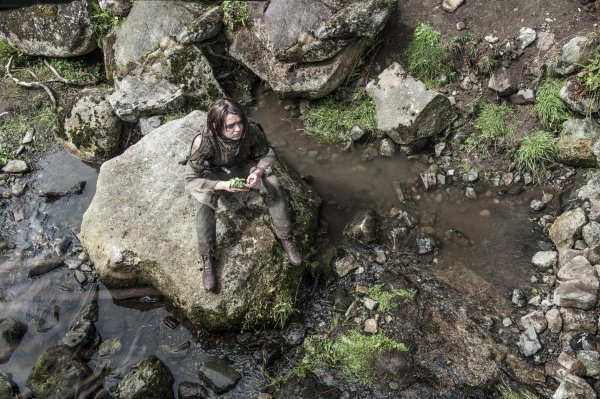 “How many Starks they got to behead before you figure it out?”

Another dynamic that continues to fascinate me is the one between the Hound and Arya. Each scene seems to based solely on the way they continue to challenge each other, the way they need each other despite the fact that they will never admit it, and the fact that they are two lost people with no place to call their own searching for something to bind them to the world. Arya provides a sense of morality for the Hound that he lacks in his own conscience and he forces her to look at reality in a way that the Starks never taught her. The Hound is slowly teaching Arya that the world they live in is not black and white, but rather an array of murky grays that are often stained with the blood of the innocent.

With the death of King Joffrey, everyone is clamoring to make their claim to the throne. The Baratheons are no different, and though any scenes with Stannis tend to bore me endlessly, I enjoy each time Ser Davos is on screen. He provides a sense of humanity that the rest of the Baratheons seem to lack, one that is much needed during their interactions.

A large part of the episode shows the innate ability that Lord Tywin possesses for manipulating those around him to get what he ultimately desires. This was shown in the scene between him and Prince Oberyn, Prince of Dorne, who hates everyone who bears the Lannister name with an amount of passion that almost rivals how the remaining Starks feel about them. There is no doubt about who has truly been ruling Westeros. It was been the Lannisters since the day Cersei wed Robert Baratheon, with her father’s whispers in her ear.

“There has never lived a more loyal squire.” 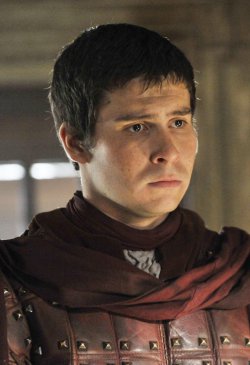 Any scene with Tyrion instantly becomes my favorite in the episode. There is something so wonderful about the way that Peter Dinklage so easily transitions between different scenes and different stages for his character that it often leaves me breathless. Tyrion, despite his best effort, has managed to create himself a small network of loyal followers. Podrick further demonstrates this with his refusal to lie and receive the title of a knight, despite the fact that it’s in his own best interest. Tyrion continues to be surprised by any type of loyalty shown towards him, oblivious to the way that Bronn continues to stand by his side and how venomously Shae fought to remain with him. The touching scene he shares with Podrick, a squire he barely acknowledged and didn’t seem to have much interest in before he saved his life, only further solidifies his role as the only redeemable Lannister.

Tension is building in leaps and bounds at Castle Black, especially after the brutal Wildling massacre that left my stomach turning. I think it’s safe to assume that the upcoming war between Mance Rayder and his followers, and the Night’s Watch, will play a major role in this season.

With the episode title of “Breaker of Chains” I expected this episode to focus mainly on Daenerys, and was slightly disappointed that our blonde-haired Khaleesi did not make her appearance until the final ten minutes of the episode.

It’s such a different dynamic when viewing Dany with her people compared to the way the advisors in Kings Landing, or even those who serve the Baratheons view their kings. The endless devotion that they show for her, from volunteering to single-handed combat to who will hold the honor of riding next to her, prompts each person that watches to want to serve her as well. It makes a hard argument for anyone who believes someone other than the Mother of Dragons deserves to sit on the Iron Throne.

The cannons full of shackles and collars descending on Meereen after another one of her commanding speeches provides such powerful symbolism of everything that Daenerys stands for that it produced a beautiful conclusion to the episode. Anyone who hasn’t moved to their position firmly to the Khaleesi’s corner yet should take a second look.

Overall, the episode seemed to drag a bit compared to last week, which is something I’m sure a lot of us expected. After such a powerful episode last week, it’s only natural that this episode be spent setting the scene of the next big plot point and I think it did exactly that. It left the viewer craving more, a task that Game of Thrones has perfected over the last four seasons and still managed to hold a handful of scenes that tugged at us in that specific way they’re so skilled at.

What scene was your favorite? And more importantly, who has your vote of the Iron Throne? Check out the preview for next week’s episode, “Oathkeeper”: