Did you get everything you wanted this holiday season?  Feel like you are missing something exciting and thought provoking in your life? Do you feel like your DVD collection needs a little pick me up? Well HBO has just the movie for you. HBO’s Emmy award winning, GAME CHANGE is out on Blu-Ray and DVD, Tuesday, January 8th. GAME CHANGE is a no holds barred look at the McCain/Palin presidential campaign leading up to the election in 2007. The story is a fascinating peek into the decisions made by everyone involved to select Sarah Palin as John McCain’s running mate and the repercussions for everyone involved.

I personally love this movie because I am able to empathize and feel as if I understand who John McCain, Steve Schmidt and Sarah Palin were at that time in history. It is also a fascinating look at how those 60 days changed politics to what we know now. I recommend getting the [amazon_link id=”B007KAUZY4″ target=”_blank” container=”” container_class=”” ]Blu-ray Disc[/amazon_link]. Included with the Blu-ray is a standard DVD and digital copy of the movie that works on your Mac, PC, iPad, and iPhone. It also has some wonderful features: “Creating a Candidate” and “Game Change:The Phenomenon”. 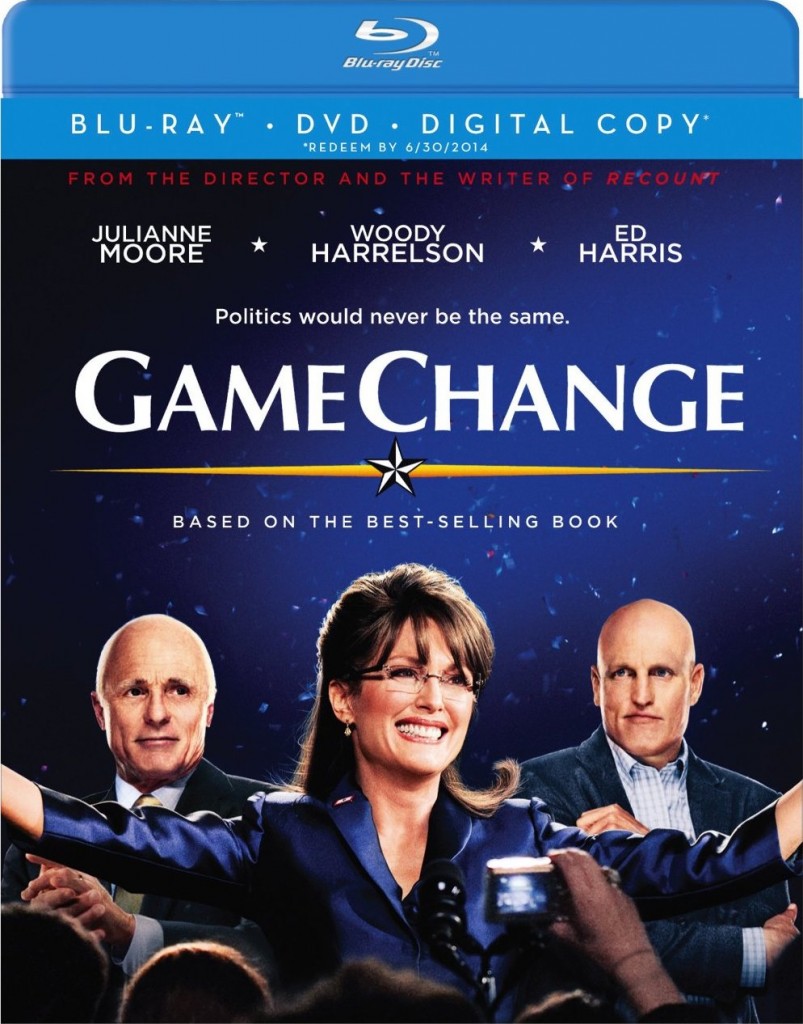 “Creating a Candidate” goes into what running for President means and what is expected of a candidate. Former Chief Advisor to President Obama, David Axelrod is quoted as saying, “Presidential campaigns are MRIs of the soul” and this feature tries to give us a glimpse into what that fully means. “Game Change: The Phenomenon” delves into the book that inspired the movie. It also gives us a understanding of how the creative minds behind the movie were able to give us such an intimate look into the McCain/Palin campaign.

Julianne Moore gives an Emmy award winning performance as Sarah Palin. Ed Harris and Woody Harrelson are also outstanding as John McCain and Steve Schmidt respectively. The script is fast paced, exciting and intimate. You won’t be disappointed. GAME CHANGE is out on Blu-ray and DVD January 8th.

The Amazon reviews are controversial, as expected but mostly positive.  Give this one a watch for [amazon_link id=”B007KAUZY4″ target=”_blank” container=”” container_class=”” ]under 20 bucks[/amazon_link] on Blu-Ray if you haven’t already.