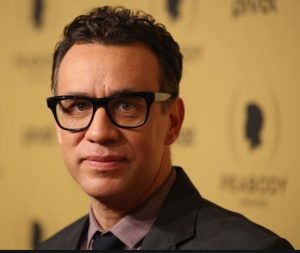 Fred Armisen (lately of Portlandia and Documentary Now!) is bringing his talents to HBO and that is a good idea, but not a whole lot is known, at this point, about just what is in store. But, HBO has already booked it as a series. Its title isn’t even a sure thing. For now, it is called LOS ESPOOKYS. The premise is even a bit flimsy. It states that it is set in a strange and dreamy version of present-day Mexico City and follows a group of friends turning their love for horror into a peculiar business.  Just what that peculiar business is still a mystery.

What is not a mystery is who will star in the series and the roles they play. Bernardo Velasco, Cassandra Ciangherotti, Ana Fabrega, Julio Torres and Armisen star. LOS ESPOOKYS will be a half-hour Spanish language comedy (hopefully subtitled for those who need it) as this team makes its way through Mexico City. But, again, exactly what they are doing there is something to be revealed.

Velasco (actor, acting coach and casting director) plays Renaldo, the leader of Los Espookys. He’s noble, kind, serene and obsessed with gore. He’s always running out of cellphone minutes. Ciangherotti (Tiempo Compartido, El Refugio de Los Insomne) plays Ursula, a calm and collected dental assistant. She provides teeth for the group’s monsters. She loves horror and her sister Tati but above all, teeth. Torres, a Brooklyn-based comedian who moved to NYC from El Salvador, is Andres, Renaldo’s best friend. He’s a dark and mysterious heir to a chocolate empire. His only true nemesis is his gorgeous boyfriend. Armisen is Tico, Renaldo’s reliable uncle who lives in LA. He’s a prodigious valet driver living his dream of parking cars.

Though it all seems a little vague right now we are sure more will be revealed as this show comes to life. Just from what we know so far, it will be a unique entry on HBO’s slate. More as it comes in, including, perhaps, a possible title change?