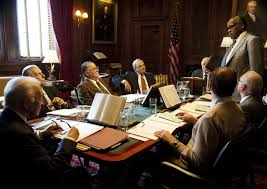 In anticipation of the upcoming HBO Films: MUHAMMAD ALI’S GREATES FIGHT an interview has surfaced with the movie’s director Stephen Frears and its head writer Shawn Slovo. The movie, which is about the court case of the famed boxer’s refusal to be drafted, debuts on Saturday, 10.05 at 8:00pm. Here, via an HBO Press Release, is a Q&A session with the creators of the latest HBO Film.

Q: What attracted you to this story?

STEPHEN FREARS: It’s a really interesting story and not one that is terribly well known. There’s the official story about Ali, and what was interesting about this is that it seemed more complex and unexpected. I hadn’t really sat down and said, “I want to make a story about Ali.” I read Shawn’s script and said, “This is really good.” In fact, I never wanted to make a film about the queen, but it arose and the script was interesting, and it was the same with this. You get interested and you’re hooked. But I certainly never imagined I would make a film about Ali or the Supreme Court.

SHAWN SLOVO: I was inspired by the fact-based book by Howard Bingham and Max Wallace which details [Ali’s] conversion to the Nation of Islam, his refusal to be drafted and his long and arduous legal journey to the Supreme Court. I was also extremely intrigued by the challenge of writing a 1971 Supreme Court-set drama. The mix of Ali’s story and a Supreme Court drama was irresistible. At first the justices vote to uphold Ali’s conviction; then Justice Harlan [Christopher Plummer] flips. I wanted to find out why, and then why the final vote to free him was unanimous. I thought that would be an interesting story to write.

Q: What is the point of view of the film?

SS: Justice Harlan is the main character, obviously, because it was his change of view that ultimately persuaded the other justices to set Ali free. The role of his clerk, Connolly [Benjamin Walker], was crucial to this process, as was his allegiance to Chief Justice Burger [Frank Langella].

Q: Does the movie intend to justify the actions of Ali when he decided to claim conscientious objector status?

SS: The movie tries to tell the story of why Ali claimed conscientious objector status, and why the justices of the Supreme Court overturned his conviction and set him free.

Q: Why was the story important to you?

SF: I think because of the current position of the Supreme Court and the monumental decisions they are making now; looking back, the realization of what their rulings were then is extremely important today. This film was a pleasure to make. And the truth is everybody had been trying to make a new film about Ali and we’ve come up with a story that nobody knew. We’re so grateful for that and so astonished that there is a story that nobody knows. You never read books about this case, and I don’t know why – perhaps, because six months after this, it was Roe v. Wade, which was a much more significant moment in American social history, I suppose.

SS: I found it inspiring. Not only Ali’s courage in standing up for his beliefs, but also the way the justices finally agreed that the wrong that was done to him had to be put right. That they changed their minds and chose to make an independent ruling was very moving to me.

Q: How factual is it? How did you vet the accuracy of the case for the film?

SS: If you are writing a historical drama based on real characters and events, you cannot play loose with the timeline and the facts. Various legal experts were consulted throughout the process of making the film.

Q: You obviously had the historical facts to hang the story on, but you also had to fill out the dialogue between the justices when they were behind closed doors considering their decision. How did you do that? 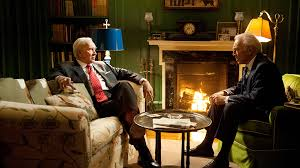 SS: When the justices convene together behind closed doors, to debate and vote on the cases in front of them, there is no record. No clerks, no secretaries, no minute-takers. They are alone in the room. So you can only extrapolate from the judgment and from what you know about the different characters of the justices and the individual positions they took on the issues. That’s how you try and create the drama and conflict.

Q: What period does the film cover?

SS: The drama of the film takes place over several months, during the 1971 Supreme Court term.

Q: The film shows how Ali is influenced by and converted to the Nation of Islam. What importance does that have in the story?

SS: Ali’s religion told him that he wasn’t supposed to go to war and fight. That’s why he refused induction; why he was convicted of draft evasion; and why he was forced to put his life on hold for three and a half years. He never wavered in his allegiance to Allah and said, “If it wasn’t for the Nation of Islam, I’d be what you call just another bum Negro fighter.” He was saying that his religion gave him focus and a set of values and beliefs that made sense of his world.

SF: Ali was a very moral character in a place you didn’t expect. In the world of boxing, there can sometimes be questionable scruples. But that wasn’t Ali.

Q: Can you tell us about your writing process? How do you approach such a complex story?

SS: I read everything available about the court and the justices in this period, and about Ali. In the plotting, you have to keep to the timeline and historical facts, and weave the story through that, and try to make sense of the complex legal arguments.

Q: Were there autobiographies of the justices who were serving on the Supreme Court at that time that you could read?

SS: There are a few memoirs available, but because we only cover a window of time in 1971, there might be only a passing reference to the Ali case.

SF: If you read books on the Supreme Court there is very little about this case.

Q: How important were the young advisers in influencing the justices as they came to their decision in the Ali case? 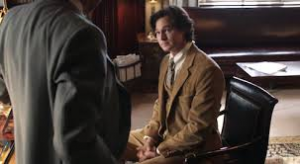 SF: They brought news of the outside world into that enclosed room.

SS: In our film, Justice John Harlan wouldn’t have changed his vote if he hadn’t been challenged by one of his clerks, Kevin Connolly, played by Benjamin Walker. He listened to the arguments his clerk made, and because this clerk was scrupulous in his arguments, he was able to change his mind. Connolly is a composite of the clerks who worked with Harlan at the time. The other justices’ clerks are all fictional.

Q: Did Ali or his family have any input in the making of the film?

SS: I know that Len Amato, president of HBO Films, showed the film to Ali and his family and I am told they are very happy with how it turned out.

Q: The cast is a very impressive ensemble, with Christopher Plummer and Frank

SF: They are the best. I felt lucky to have them and the rest of the cast. It’s an honor to work with a cast like this. We did a reading and these guys are very experienced and intelligent people and also American, so they already know far more than I know. You would be a fool not to listen to them. My view with actors is: Cast them well and then shut up. If you cast them well, you are alright, and if you cast them badly, there is nothing you can do and it’s your fault.

Q: Did any of the actors meet with their real-life counterparts?

SS: All the justices involved are deceased, and the clerks are all fictional or composite characters.

Q: Did you consider using an actor to play Ali?

SS: No, we never gave that a moment’s thought. We always intended to write it as a Supreme Court drama. There is such excellent archival material, and a mass of it. Why dramatize Ali’s story when he can tell it so much better himself?

SF: Actually, it was such a relief not to have to cast an actor. It was written in the script as “archive footage,” so I never had to worry about it. Archive footage served me well in both “The Queen” and “The Deal,” so it seemed natural to do it here.

Q: With your feature-film background, was it a challenge for you to do a television production? Is there a different approach?

SF: Well, making any film is a challenge, but I don’t distinguish between them. You just make it as well as you can. 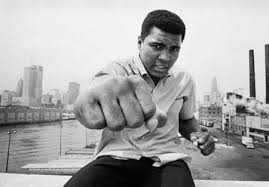 Q: The film is based on the book of the same name by Howard Bingham and Max Wallace. How closely is the film related to the story told in the book?

SS: The Bingham and Wallace book charts Ali’s journey to the Supreme Court with great clarity and expertise, and was invaluable. The final chapter outlines the denouement in the Supreme Court, and that was my starting-off point.

Q: Could you put Ali into some kind of historical context now?

SF: He was a fantastic, remarkable man who did many, many remarkable things not just as a supremely gifted athlete, but also as a man.

SS: Ali is a man who, at the height of his powers and fame and boxing achievement, took the decision to stand by what his conscience and his religion told him was right. He took the consequences, forfeited his heavyweight championship title, lost millions in fees, but never backed down. He is still a hero to millions, not only in America, but all over the world.

We can only hope that bit of insight whets your appetite for the movie and with that said HBOWatch now gives you an Invitation to the Set. Check back to this site for a Review of HBO Films: MUHAMMAD ALI’S GREATEST FIGHT.