Here straight from an HBO press release is word of the first French series to HBO and its channels. 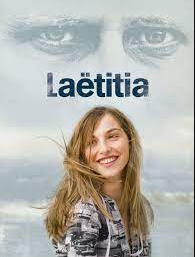 HBO has acquired the North American television and streaming rights to the six-episode French limited drama series LAETITIA from France tv distribution and Academy Award-winning director of “Murder on a Sunday Morning,” Jean-Xavier de Lestrade. The first French series ever to be selected for the Sundance Film Festival in 2019, the limited series debuts MONDAY, AUGUST 30 (10:00-10:50 p.m. ET/PT) on HBO and will be available to stream on HBO Max. Following the disappearance of eighteen-year-old “Laetitia” (Sophie Breyer) and the repercussions that follow her twin sister “Jessica” (Marie Colomb), the series is based on the true events that shook France in 2011, and the best-selling book by Ivan Jablonka, “Laëtitia ou la fin des hommes” (Laetitia or the end of men”) published by Editions du Seuil, 2016.

Based on true events, LAETITIA chronicles the disappearance of a teenage girl in western France. Left to reconstruct the teenager’s final hours for answers, investigators (led by Yannick Choirat) begin to uncover deeply troubling details of Laetitia’s (Sophie Breyer) and her twin sister Jessica’s (Marie Colomb) upbringing. As they search to uncover the details behind her final days, this highly polarizing case casts a sharp eye on France’s legal system, police force, social services and how a single act of violence can impact an entire country.

Yes, it is subtitled, which isn’t for everyone. I personally have watched a number of subtitled works from HBO International, some reviewed like 30 COINS and LOS ESPOOKYS and some not like EL HIPNOTIZADOR, WASTELAND, THE SILENT VALLEY and DIOS INC. This one was not commissioned by HBO Europe but rather its rights were retained when the limited series (or is it a miniseries?) was a favorite at Sundance. Again, it begins August 30 at 10:00pm and runs for six weeks in that Friday slot. The question for me is, do I have the time to review this for the site myself or is it just one to enjoy? So, if you are eager for something new and haven’t explored HBO International content then maybe this is the one. Let’s find out what happened to LAETITIA.