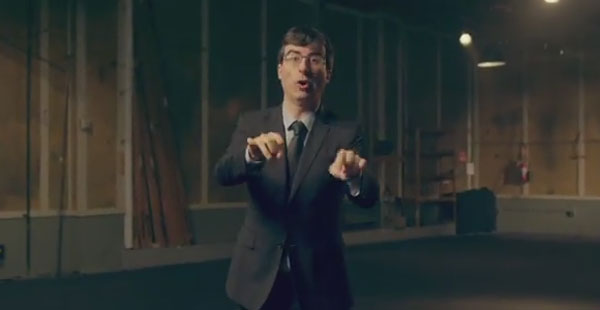 John Oliver is already getting big laughs with his first appearance on the Home Box Office network.  Mr. Oliver promises to cover any news of import… as long as it takes place within the last seven days.  Last Week, Tonight is still working on a proper slogan but.. well we’ll just let you hear it from John himself:

Hilarious. We hope the set gets a bit of a makeover as it looks like it’s under construction in the background, there. We’re expecting great things from you, John!

You can always record this series if 11PM on Sunday night is too late for you. It will still be fresh on Monday morning… probably.
The new show premieres April 27th.