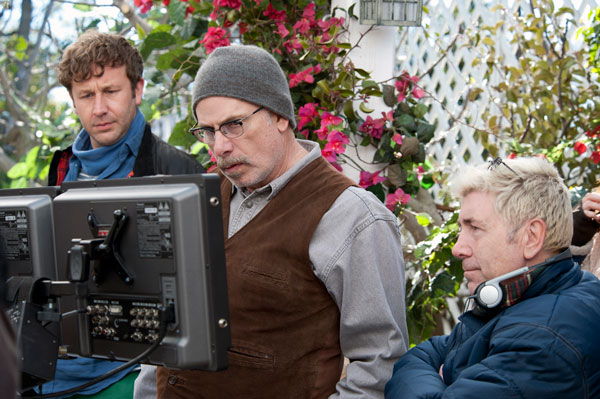 Down on his luck in love and life, having recently lost his job and girlfriend, 30-year-old Tom Chadwick (O’Dowd) has an unsure sense of his own identity. But when he inherits a mysterious box from his great aunt Victoria, Tom starts investigating his lineage. With the help of his sister Bea (Nina Conti), best friend Pete (Tom Bennett) and friendly neighbor Mr. Pfister (Piddock), Tom embarks on a quest to learn more, following leads and clues in London that eventually bring him to the United States. Along the way, he uncovers a world of unusual stories and characters, acquiring a growing sense of who he and his entire family are.

HBOWATCH: This isn’t confirmed by HBO but we believe that this DVD release date indicates that Family Tree will not see a second season, if there even ever was intention of creating a Family Tree season 2.  HBO traditionally releases their discs shortly before the premiere of a new season.  Of course this is just speculation on our part given the moderate ratings numbers coupled with this new information so please wait for official confirmation on a Family Tree season 2.

Fans of the show will want to pick this one up as soon as it hits the shelves!  Or you can stay in your pajamas and [amazon_link id=”B00DQEHKZ0″ target=”_blank” container=”” container_class=”” ]pre-order it from Amazon now[/amazon_link].