“Fezco’s grandma was a mother-fu**ing G”. Euphoria has returned to drop us right in the middle of its beautiful mess. And it works, right from the start. 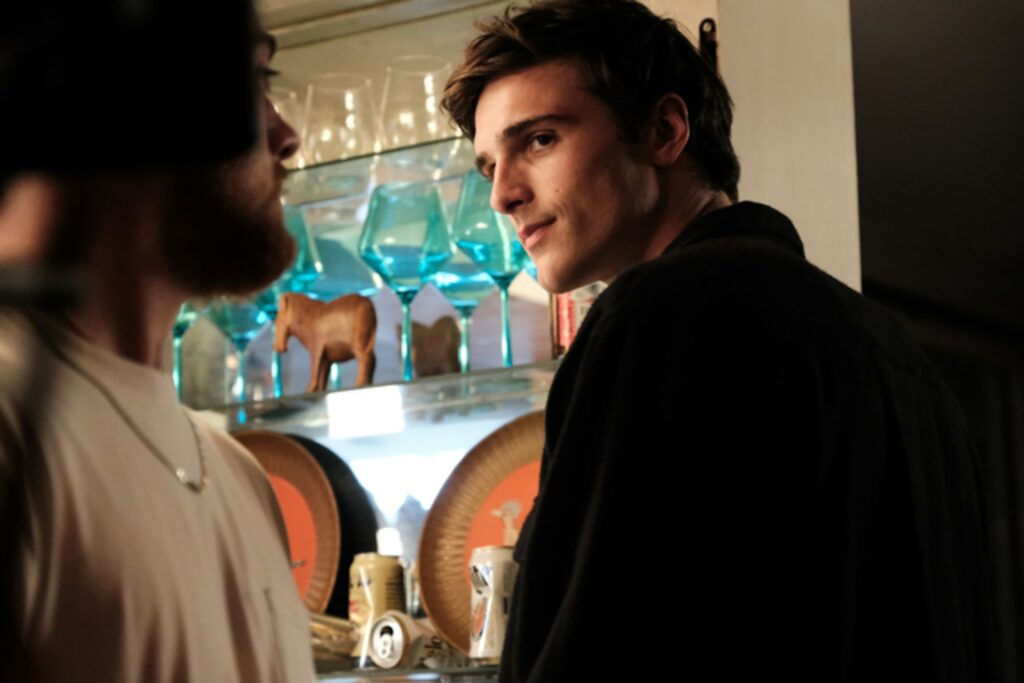 When the first season of Euphoria hit our screens back in 2019 – we were faced with something never-before-seen on TV. It was bold, it was hard-hitting, it was in-your-face, dealing with tough teenage-related issues that can actually be somehow relatable at any age (depends on your POV), and most of all it was beautifully shot and brilliantly made. It’s one of those shows that remind us of what HBO stands for.

So season 1 ended back then and COVID made the production of season 2 take longer than expected. It didn’t prevent creator Sam Levinson from giving us not one, but two brilliant special episodes filmed during COVID restrictions that were heavily reflective-dialogue-based. Those were just fantastic and teased us, a thirsty audience, ahead of the much anticipated second season. I mean, everybody was waiting for this.

“Fezco’s grandma was a mother-fu**ing G”. The very first lines of the season remind us that Euphoria is back with its own special style. We are presented with a backstory prologue about Fez (Angus Cloud). Brilliantly shot and made with some Tarantino vibes (not kidding, the soundtrack and writing felt very Tarantino-inspired, in the best way possible).

Right after that, we are dropped right in the middle of a house party, and everything is spinning. Fez, Rue (Zendaya) and Ash (Javon Walton) arrive and we’re right in the middle of some hardcore drama. Maddy (Alexia Demie) is relentlessly looking for Cassie (Sydney Sweeney) whose MIA and not answering her phone. Cassie meets big-time-douche-Nate (Jacob Elordi) who, of course, tries to seduce her – successfully – and they both arrive at the party and have sex in the bathroom as Maddy bangs on the door (she thinks Nate is there alone) while Nate and Cassie try to cover up the fact that Cassie is there… Anyways, big mess. Beautiful mess.

On Rue’s end, she tries to avoid Jules (she’s back in town!) until they meet inevitably. Rue’s in bad shape, and Jules (Hunter Schafer) is worried about her relapse and her part in it. They talk for a while and eventually (in the episode’s ending montage, I’ll get to it later) make up. Are they back together? Will it last? Seems a bit rushed to me (I want to say a bit unrealistic) that the fight ended so quickly but maybe it’s both Rue’s desperation and Jules’s guilt and we’ll have to wait and see what’s next for these two.

Now, about that mesmerizing montage at the end of the episode: we start with the moment where is Fez’s conversation with Lexi (Maude Apatow). It’s a heart-to-heart bonding conversation that gets to serious topics like religion and God. Hints that something big is imminent are everywhere: from the way it’s all shot, to the way Nate and Fez (whom we know are in a feud) stare at each other. At the end, we learn that Fez was just waiting for the right moment. A brilliantly made and edited montage of slow motion and very strongly lit shots and close-ups begins and then while Rue and Jules make up – Fez beats the sh*t out of Nate as revenge for what happened between them and between Nate and Rue in Season 1. That’s the climax of the episode.

Seriously, when the episode ended and the “written and directed by Sam Levinson” appeared I was like “DAMN! That’s genius!” I realized how much I’ve missed Euphoria. Yea, the special episodes were amazing, but they had a very different, much calmer, mood. They were like appetizers for Season 2 who started out with a bang. Euphoria is doing things differently. Even the episode titles are “strange”, sometimes it’s whole sentences and sometimes rap song titles. From the makeup, the fashion, the glitter, the lighting, Labrynth’s music, the acting (all of them, really), the camerawork and the editing, through the humor, the drama, the drugs, the tears and the shocks to the way it’s all written, shot and orchestrated by Levinson – one thing’s for sure: Euphoria is back to dazzle us. I can’t wait for the rest of the season, to see where this tale goes now.