Back on 06.14.17, we announced that HBO was considering the teen drama EUPHORIA in a Slate blurb. Now, it appears that the project is moving ahead as a series for HBO. HBO tells us the following: 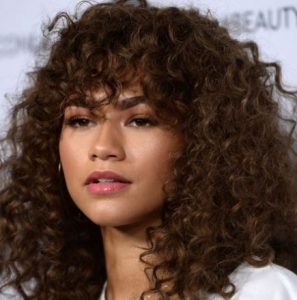 Drake, along with manager Future the Prince, will executive produce HBO’s EUPHORIA, a teen drama based on the Israeli series of the same name. Actor and singer Zendaya (K.C. Undercover, Spider-Man, pictured at right) will lead an ensemble cast that includes Sydney Sweeney (SHARP OBJECTS, The Handmaid’s Tale), Maude Apatow (GIRLS, This Is 40) and Eric Dane (Grey’s Anatomy). The story, which follows a group of high school students as they navigate drugs, sex, identity, trauma, social media, love and friendship, has been described as “Kids meet Trainspotting.”

Augustine Frizzell (Never Goin’ Back) will direct the pilot. All episodes will be written by Sam Levinson (The Wizard of Lies), who will also serve as executive producer. It is produced in partnership with A24 (Lady Bird, RANDOM ACTS OF FLYNESS, 2 DOPE QUEENS) and includes executive producers Ravi Nandan, Kevin Turen, Hadas Mozes Lichtenstein, Tmira Yardeni, Mirit Toovi, Yoram Mokadi and Gary Lennon. Ron Leshem and Daphna Levin, who created the Israeli series, are also set to executive produce.

It sounds like it could brutality interesting but for a show gone straight to series, it seems awfully vague on premise and details. Hell, in the Israeli TV series from which it is derived has little written about it. Look at its IMDb page for instance. I did find one website set up by the Israeli production studio that made the original. It might offer a sense of what it is all about. It is not clear if the U. S. version will copy, if it can, the Israeli version, but, clearly, a State-side story would be different in many ways to the social & cultural climate of the original. But the stories of teenage troubles and discoveries are universal.

We officially add this show to our radar and will watch closely as it develops.