Leading up to the third episode of Hard Knocks, I had read a plethora of articles concerning wide receiver Antonio Brown’s future with the Oakland Raiders. In an article with Yahoo Sports, General Manager Mike Maylock, said that although the organization has supported Brown’s aversion to the new NFL helmet requirements, the organization has to move forward to the task at hand:  Winning football games. Therefore, I went into this week’s episode expecting drama around AB’s hatred of the peripheral vision restricting helmet, and his frostbitten feet. Instead, it is shown through AB’s marvelous training camp performance and positive attitude, that perhaps this internal drama was all a ruse constructed by the Raiders. AB is catching, running routes and training like a multimillion-dollar contract recipient is expected. The helmet situation still lingers, and his frostbitten feet have not fully healed, but these real issues are seemingly being used to troll the media, a media that is not expecting much of the black & silver. Teams featured on HBO’s August block of sports programming are expected to have losing seasons and massive issue within their circles. The Oakland Raiders may not have a successful season ahead, but the synergy within is overwhelmingly positive as of the third episode.

Like clockwork, the narrative shifts from serious to the usual antics to lighten the atmosphere. Coach Gruden treats the team to a Coach Gruden impersonator.   The staff and players all are amused by the comedian’s eerie but amusing impersonation of a man that truly believes in his team.  About ¼ of those present will be cut from the roster, but it touching that everyone is enjoying each other’s vibes.  Perhaps the media is harping on the AB helmet issue so much because this is one of the most mature seasons of HBO’s Hard Knocks.  Thus far, there is nominal internal bickering, and many of the players share their appreciation of their teammates to the HBO film crews.

When asked by the HBO journalism and film crews, who was the most underrated player on the Raiders, the near-unanimous answer was tight end Darren Waller 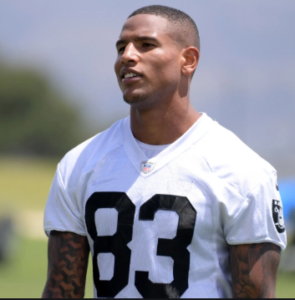 (pictured).  Waller has overcome a drug addiction that plagued him while he was on the Baltimore Ravens. His story has been heard many times, but the editing of Hard Knocks creates quite the cinematic experience for a program that is not expected to have much depth out of sports statistics. Hard Knocks has always shined because it is about the personal exploits of its subjects first, followed by their coaching and athletic prowess. Regarding athleticism, Hunter Renfrow, the top wide receiver prospect from Clemson University, is deceptive to the eyes. At 5’10 tall, tipping the scales at 180 pounds, and having the face of an overworked 30+-year-old banker, the 23-year-old hardly appears to be NFL material.  But his two NCAA championships and solid training camp performance say otherwise.  Renfrow and Brown have the potential to wreak havoc downfield for Raiders opponents.

The seasonal roster will indeed be smaller, but the downsizing decisions will not be an easy choice for Gruden, Maylock, and the upper-level Oakland Raiders staff.  Outside of last year’s starting line-up, it is aimless to pick who will be donning black & silver uniform at the start of the 2019 regular season.  Tune in next Tuesday on HBO for the latest exploits of the Oakland Raiders.