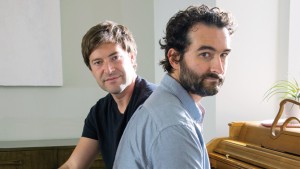 HBO is returning to adult animation with ANIMALS in 2016. The network hasn’t seen that genre since THE LIFE & TIMES OF TIM aired. Jay & Mark Duplass, the brother producing team behind HBO’s TOGETHERNESS (in which Mark stars as Brett Pierson) have sold the animation concept to HBO straight out of the Sundance Festival earlier this year. Note that they are not talking about a pilot being ordered, but that a two-season run is already planned beginning in 2016.

ANIMALS revolves around the downtrodden creatures native to Earth’s least habitable environment: New York City. Whether it’s lovelorn rats, gender-questioning pigeons or aging bedbugs in the midst of a midlife crisis, the awkward small talk, moral ambiguity and existential woes of non-human urbanites prove startlingly similar to our own. This clip gives us an idea what to expect:

Jay and Mark Duplass serve as executive producers for the project. The creators behind these celluloid critters are Phil Materese and Mike Luciano. They are writing and directing the show, in addition to voicing many of the characters. Mark Duplass also has done voiceover work, along with Katie Aselton, Nick Kroll and Rob Corddry. Matarese was the animator, while Luciano edited the audio recording sessions. The animation for ANIMALS was created with Starburns Industries (Rick & Morty).  Mark stated –

“Jay and I have been excited about bringing the principles of indie film to the TV space, and to 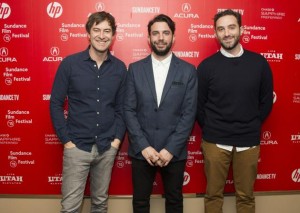 have our first real experiment land at a place like HBO for two seasons is beyond what we could have imagined.”

“Going from having made Animals in the supply closet at our day job to making ANIMALS in a supply closet at HBO headquarters is an unfathomable dream come true. “HBO has so many supplies, you have no idea! Great for drawing stuff.”

It is a two-season order, though we don’t know how many episodes will be generated. So, like it or not, get ready for potty mouthed pigeons and randy rats sometime in 2016.