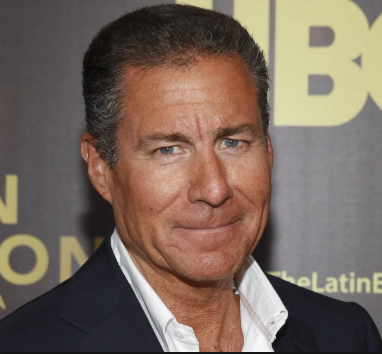 The restructuring that is underway with AT&T’s WarnedMedia has, of course, affected HBO. The new design that is shaping up has just squeezed out one of the biggest players in Richard Plepler the CEO of HBO. The chief and chairman, who’s been at the company for 27 years and held the role of CEO since 2013, is stepping down. It doesn’t come as a total shocker but it is a disappointment. Plepler has had his hand in signing on big shows and both streaming sites (HBONow and HBOGo).

Plepler sent an internal memo that went as followed –

My dad always gave the best advice. Whenever there was a difficult decision to make, he counseled that since no one could ever have perfect visibility into the future, the best thing you could do was trust your instincts. It has been a touchstone for me throughout my life, and I have found myself returning to it again recently as I think about what is an inflection point in the life of this wonderful company. Hard as it is to think about leaving the company I love, and the people I love in it, it is the right time for me to do so.

In the past weeks, I’ve thought a lot about the incredible journey of this company in the nearly 28 years that I have been blessed to be here. It’s a journey of great pride and accomplishment because so many of you, and many others before us, have made HBO a cultural and business phenomenon. Thanks to all of you, we are today churning on all cylinders both creatively and as a business. Thanks to all of you, I can move on to the next chapter of my life knowing that the best team in the industry remains here to carry on our continued progress and success. As I have said before, this is the team of teams.

It has been the great joy of my professional life to share this ride with you over these many years. And the great honor of my professional life to be your CEO. I don’t have the words to express my gratitude for the support and talent that made our success together possible. But suffice it to say, my love for this place, and for all of you, is deeply a part of me and will last a lifetime. I look forward over the coming weeks to thanking as many of you as I can for the thousands of contributions big and small that have made “this thing of ours,” to quote Tony Soprano, so special. I have told John, who has been nothing but gracious since we spoke, that I would work closely with him to assure a seamless and organic transition.

We’ve created a great and unique enterprise and I know that you will protect its legacy and do all to enhance its future in the years to come.

Know that I will always be cheering loudly, even when I am outside this building, as HBO continues to thrive.

With respect, admiration, and gratitude,

Change is inevitable. It has already been witnessed at HBO before. HBO has evolved from what it was in the 1980’s and is even different from when THE SOPRANOS and SEX AND THE CITY reigned. Limited Series are more the norm now and HBO BOXING and Adult Programming have shuttered. Now the head honcho has left the building.

What’s next? We’ll keep you informed.