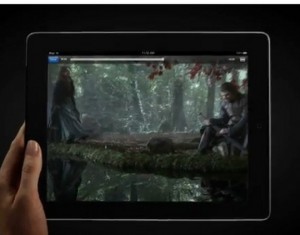 Top brass at HBO and Netflix have exchanged words about the possibility of providing HBO’s programming across a variety of platforms in the past.  Since the successful launch of HBO Go earlier this year, HBO has taken an even stronger position to that effect and most recently HBO’s Co-President, Eric Kessler told a gathering of industry big-wigs just this morning that there is no chance his company will make shows like True Blood or Game of Thrones available to digital non-subscribers.

Currently over 30 million people subscribe to HBO and most of them are given access to HBO’s own mobile delivery system, HBO Go.  The success of this program prompted some to wonder whether or not HBO would try to offer its content through various other online mediums such as iTunes, Hulu or Netflix.  In this down economy, many customers are “cutting the cord” on their cable and satellite companies which is currently the only way users can view HBO’s content.  (HBOGo Requires a cable/satellite subscription to function).  Kessler is undaunted by the prospect, saying HBO regards cord cutting as a temporary phenomenon that will go away once the larger economy improves. He also says that HBO will flourish under its current model thanks to its star power and because its partnership with cable companies allow it to avoid transaction costs like billing.

It is clear that HBO does not want to become the next Netflix.  But one has to wonder whether or not HBO would benefit from letting anyone in the world pay a small iTunes-like fee of $2.99 for a shiny new episode of Game of Thrones released in conjunction with the premiere of the episode on television.  The network has been so dominant in its field that you have to assume they know how to stay on top in this industry.  But what do you think?  Would you rather pay HBO per episode for it’s content via a service such as Hulu or Netflix or would you prefer the subscription you currently have via your cable provider?  Leave us a comment below with your thoughts!