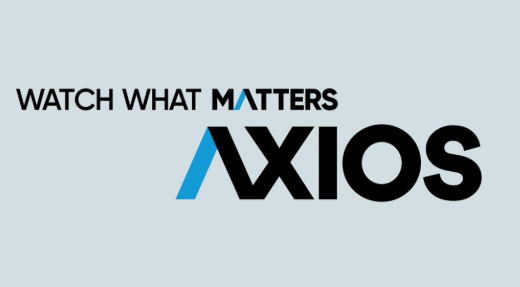 There are plenty of folks who keep us abreast of all the hot topics that have been bubbling to the surface. Maher, Oliver and Cenac all offer it up with a bit of humor. But HBO is also in the business of presenting the hard news. It has done so via various formats with VICE and also had successful entries from POD SAVES AMERICA and AXIOS. That last outlet will be offering more on HBO in the near future.

From an official press release comes the following word:

Eight New Episodes To Be Presented This Spring And Fall, Along With Four Specials

The news-oriented documentary series AXIOS has been renewed for a second season, it was announced by HBO, Axios and DCTV. The new season will feature eight half-hour episodes, four this spring and four this fall, as well as four specials, reacting to the most consequential news of the moment and driving the conversation with shorter, interview-based programs. Emmy-winner Matthew O’Neill (HBO’s “BAGHDAD ER) and Perri Peltz (HBO’s WARNING: THIS DRUG MAY KILL YOU) return to direct and produce the show, as they did in the 2018 season. 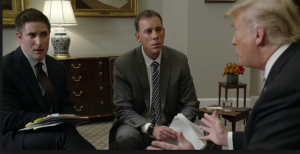 HBO aired four reports from AXIOS in November 2018. On 11.04 they had an exclusive sit-down interview with President Donald J. Trump covering his views on: birthright citizenship; his relationship with the media; climate change; regulating tech giants like Google, Amazon and Facebook; health care; and the conflict in Yemen. On 11.11 they talked of the aftermath of the historic midterm elections, with the divisions between Americans seemingly greater than ever. This edition included: interviews with new congressional committee heads, House Democrats Nita Lowey and Adam Schiff; a poll that probes Republicans’ and Democrats’ perceptions of one another; and a look at a new style of campaigning by a record number of women candidates. On 11.18 AXIOS had an interview with Apple CEO Tim Cook on a range of topics, including augmented reality, industry regulation and gender equity in the tech field. And the last installment ion 11.25 the team interviewed three iconic figures: revolutionary tech entrepreneur Elon Musk, Christian evangelist Franklin Graham and Microsoft founder and climate change advocate Bill Gates. Co-founded in 2016 by Mike Allen, Jim VandeHei and Roy Schwartz, AXIOS is known for its mix of exclusive news, illuminating coverage and trustworthy insight delivered with “Smart Brevity” and a distinctly shareable format.

Picking up again from the release –

Season two of AXIOS will continue to feature a unique mix of breaking news content, exclusive interviews and short profiles. “The second season of AXIOS will feature more breaking news and more interviews with dominant personalities and definitive trends shaping our future,” says Axios CEO Jim VandeHei. “The series will look beyond the news of the day and illuminate and reveal how the collision of industries like tech, business and politics are changing our lives.”