Back in September of last year when we announced that TRUE DETECTIVE Season Three was a go for HBO and Nic Pizzolatto we noted that Jeremy Saulnier was onboard to direct some of the episodes. Now, it appears that he is not doing so. Originally he and Pizzolatto were going to share the director’s chair, but only after completing the first two episodes he pulled out. 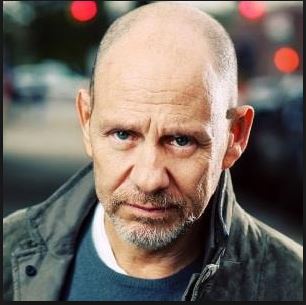 Now we never like it when a show starts to have production woes but all reports state that Saulnier’s departure is really only due to scheduling issues. That confirmation comes straight from HBO itself. In a statement the pay cable giant stated – “Director and executive producer Jeremy Saulnier has completed the first two episodes of True Detective season 3 and will be departing the production due to scheduling issues. Daniel Sackheim has come on board as a director and executive producer for the series alongside series creator and director Nic Pizzolatto.”

You read that right, he has already been replaced. Taking over in the position is Daniel Sackheim (pictured) who has directed many series. For HBO he has called the shots on THE LEFTOVER episodes “The Garveys At Their Best” from Season One and “G’day Melbourne” from its final season and also two episodes of GAME OF THRONES. They are the 2016 episodes “Book of the Stranger” and “Oathbreaker.”  And he directed a 1996 HBO movie called GRAND AVENUE.

We all know how the right director could make a difference to a series. Look at Season One of TRUE DETECTIVE. The cohesiveness between episodes was quite evident because Cary Fukunaga helmed the entire season. Season Two, however, saw seven different directors for the eight episodes. (Justin Lin directed the first two.) With all of them in the mix, the flow of that season was a bit muddled. We will have to wait and see how well Season Three plays out under the direction of Pizzolatto/Saulnier/Sackheim. The next installment from the series will air in 2019.