It is time for another look at what HBO has up on the Development Slate. The pay channel is working hard to find the right programming that will make a critical and lasting impression to viewers if the content makes it to the screen. We have no way of knowing if any of the projects referenced here will make it to air but some do look pretty interesting. Let’s get to it!

David Fincher, the man behind movies like The Social Network and Netflix‘s award-winning House of Cards, brings his next small screen venture to HBO. That should have some people excited if the adaptation he is producing is going to be as well done as Kevin Spacey’s political drama. We hinted about this happening back on 09.09.13. 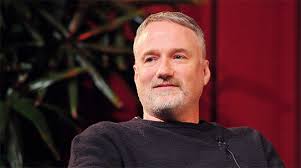 The work is called UTOPIA.  Try to wrap your brain around the following concept – it involves die-hard fans of an iconic, underground graphic novel who are suddenly launched into their own thriller. The cult following of the work leaves its fan-base convinced that there is more to the publication than meets the eye. And when readers learn that a sequel is written the lines between fiction and reality become blurred. Is the graphic novel warning of near future events? Is the mysterious writer involved in a higher plan than just creating pop culture entertainment? Is he promising a UTOPIA?

It sounds a bit quirky, but the concept must work because Mr. Fincher (pictured) will actually be adapting an existing U. K. show of the same premise and title. If you’re curious you can snoop around The Channel 4 site for the British version. The Americanized version will surely have notable changes. Fincher is producing and directing a script written by Gillian Flynn. He has just directed her penned Gone Girl for the big screen.

Some conflicting news has surfaced about the HBO version that makes things a bit unclear. Some sites are touting this as a sure bet and are talking about a series commitment already while others just state that it is a pilot order. Again, having Fincher’s style grace the channel’s lineup does not seem a bad idea, but HBOWatch will wait until we hear something official before we state anything for sure. Does his deal with HBO intrigue anyone? Does it sound interesting enough to check out the British version? Let us know in the comments below. 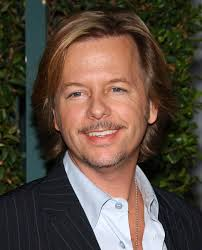 Larry David is AWOL and Danny McBride as left the building so we need another male comedy star on HBO and it appears that it could be David Spade. He is said to be co-writing and possibly starring in a concept for HBO.

We know he has the comedic chops as he has gone through the ranks of such shows as Saturday Night Live, Just Shoot Me, Rules of Engagement and movies like Joe Dirt. Apparently, Mr. Spade also has some writing credits under his belt as well and HBO has signed him up to a development deal. The concept he is co-writing alongside Dean Lorey, of the current Robin Williams vehicle The Crazy Ones, is about the exploits of a rock-n-roll manager. As Deadline noted HBO likes its works about “larger-than-life agents/managers” because of shows like ARLI$$ and ENTOURAGE so maybe this one has a chance to air also.

The brief description of the untitled Spade piece states that “It centers on Shane, once the biggest rock and roll managers in LA, who struggles to stay relevant in a constantly changing music scene fueled by techno, hip-hop and his newly signed pop Christian boy band The Five Commandments.” Surely if this script is picked up and given great attention from HBO that Mr. Spade wouldn’t only co-write but appear onscreen as well.  We will have to wait and see.

Rashida Jones, lately of Parks and Recreation, and Will McCormack, who was the character Jason LaPenna in THE SOPRANOS, have their own producing shingle now and have brokered a deal with HBO. The deal may have come about due to the successful indie romance Celeste and Jesse Forever spearheaded by their new company Le Train Train. The pay cable network has put into development a work called CLAWS.

It is described as a dramedy set in the workplace environment of a nail salon in Florida. As indicated by the concept’s title the claws, though beautifully manicured no dobut, will be bared by staff and clients alike as the story unfolds. Is it a high-end salon in some steamy, Florida hot spot filled with hot babes and deadly business or is it set in the seedy rough part of town with sweaty girls doing whatever to just get by? It could go either direction and HBOWatch will let you know how it develops and even if this work takes shape at all. 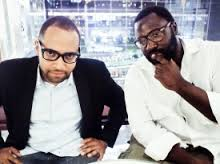 Rulings have come down the way on two comedies that have been developing for HBO. Evidently, one shows promise and one does not.  The premium channel has decided not to go forward with PEOPLE IN NEW JERSEY. It was the project written by Bruce Eric Kaplan that we first reported about way back on 12.16.12.  The pilot was directed by Paul Feig and was produced by Lorne Michaels. We announced that Topher Grace and Sarah Silverman were starring back on 11.02.13. They played a brother and sister whose journey through live in New Jersey was to be chronicled. No reason was given for the release of the project.

There is still life however for an  untitled project that we have mentioned before. It is the concept created by the team of Diallo Riddle and Bashir Salahuddin (who are most noted for writing for Jimmy Fallon.) HBO has not given up on the project and has asked that the work, based on the pilot HBO had seen, be retooled and pitched again. The Riddle/Salahuddin (pictured) show, about living the black man’s life in Atlanta Georgia, may still have a chance. Whether or not Lorne Michaels is still involved was unclear by all reports.

HBO has just inked a two-year deal with Mike Kelley and partner Melissa Loy. Mr. K. stepped down from running the ABC show Revenge this past year and formed a new production company.

It is with this new and unnamed company that he will consider, develop and pitch to HBO future potential shows. He joins a growing stable of producers at Home Box Office willing and eager to work with the company. We’ll see what develops. 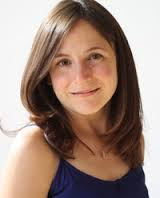 The Miami New Times had a lengthy interview with author Karen Russell (pictured) recently in which she talked about a number of things but the most important snippet from that interview (you can read it in its entirety here) for us was this comment about a tome of hers that HBO was interested in.

Miami New Times: I have to ask you, what’s going on with the plan to bring Swamplandia! to HBO?

Russell: Yeah, that’s a bummer. That’s likely not going to happen because… let’s just say that it’s TBD. I don’t think that it’s likely to end up on HBO.

So, unless we hear otherwise SWAMPLANDIA seems to be a dead project for HBO.

That concludes what we have for now. Check back with HBOWatch for more news about all the potential projects and personalities that want to be associated with HBO. Only something good can come out of it! Let us know what you think below.