A new project has gotten the green light for HBO! Its intended show-runner hasn’t worked on a TV show since an epic story took us to an island and led us on a time jumping, heart pounding journey. Damon Lindelof, a co-creator of ABC’s Lost, is developing yet another tale of mystery.

The concept is entitled THE LEFTOVERS and its source material is a novel written by Tom Perotta. The writer has also penned such works as Election, which got turned into the Reese Witherspoon movie of 1998 and wrote the novel and screen play of Little Children. That movie came out in 2006 with Kate Winslet and Patrick Wilson. THE LEFTOVERS deals with the aftermath of what is called ‘The Rapture” or the calling up to heaven upon the return of Jesus Christ. But, as indicated by the novel’s title, the story is really about those who stayed behind to continue their existence. They are the leftovers. You can suppose that the characters you didn’t suddenly 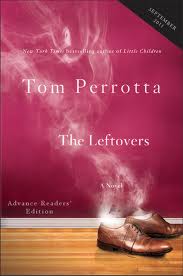 “get called up” must wonder why they weren’t chosen; why they are left. Were they labeled as “bad” or just randomly discarded?

According to interviews Damon Lindelof says he read the book and loved it enough to inquire if anyone held the film rights and, as it turns out, HBO had ownership. Now, all are on board in developing the concept. All will be revealed cinematically if HBO still likes the show as scripts are fleshed out and a pilot is shot. Both Lindelof and Perotta are said to be writing the scripts and serving as executive producers.

Be warned, this show does share a central theme with Lost. It centers on a mystery of what happened to those that were taken. It deals with metaphysical powers and what those behind should do to solve the mystery of the event and the rest of their lives. It is all themes Lindelof is notorious for dealing with. He is also notorious for leaving more questions than answers. Will the plot of the novel, be the great lead-in to a gripping “cool morality play” according to Mr. L? Time will tell as this project takes birth for HBO.

HBOWatch will be alert for any updates as they come forward. In the meantime, does this sound interesting to anyone? Or, has anyone read Perrotta’s book? Feel free to share.