I’ve finally cobbled enough news items together to make a short Slate piece for the readers. Like anything else it is feast or famine. Sometimes we are so slammed with HBO news, facts and content that we cannot keep up and then other times we are hard presses to find any. Discussions and meetings surely happen all the time at HBO’s offices, but not everything gets officially announced until they want it to. You can count on some news surfacing however when the big publicity engine isn’t cranking out something else. With the launch of LAST WEEK TONIGHT and the big campaign for THE NORMAL HEAT and exciting episodes of GAME OF THRONES, etc. attention is spent on promotion not new deals. But, here we go if a few items that might be have interest before the hype gets too heavy for TRUE BLOOD and THE LEFTOVERS.

Now we know this news has been out for a bit, but we needed some big news to headline this posting and this is it. Ben Affleck and Matt Damon are bringing back PROJECT GREENLIGHT to HBO. The documentary series chronicling the search for a first-time director and exploring the filmmaking process will return to HBO sometime in the near future. It ran for two seasons in 2001 and 2003.

“Project Greenlight was ahead of its time. Now that technology has caught up to the concept, we thought it was a perfect time to bring it back. A whole new generation of filmmakers has grown up sharing everything, and the next big director could be just an upload away. It is really great having Project Greenlight back at HBO.”

Matt Damon weighs in with,

“Project Greenlight works — careers have been launched and sustained as a direct result of this contest. Pete Jones, John Gulager, Patrick Melton and Marcus Dunstan are just a few of the PGL alums who’ve gone on to do great things in Hollywood, and Ben and I are really proud of that.”

“We are delighted to reunite with Ben and Matt for a new season of PROJECT GREENLIGHT,” noted Lombardo. “This unique show offers a fascinating look inside moviemaking that is unlike anything else on TV.” Spanning the entire filmmaking process, PROJECT GREENLIGHT takes a revealing, uncensored look at the challenges facing a first-time director. The show begins with a digital competition, following the winner from pre-production and casting through principal photography and post-production. Equipped with a Hollywood-vetted script and surrounded by a team of industry professionals, the fledgling director must learn to cope with pressure from the studio and producers, survive on-set politics and lead a veteran cast and crew, all while trying to deliver a viable movie – on schedule and on budget.

If you never saw the first two seasons of the show on HBO then you missed Pete John winning for the movie Stolen Summer and The Battle of Shaker Heights, which starred Shia LaBeouf, taking the prize in Season Two.

This project sounds like a big story just waiting to be told and if OPEN CITY does prove to be a strong concept we will have to give it proper attention. The work takes us back to 1960s NYC and a series of events that were called the Stonewall Riots.

It is a part of the current gay rights agenda HBO is advocating. Adam Shankman, who already has a ‘Madame Rose’ biopic in development for HBO, is working with screenwriter David Kajganich (he penned 2007’s The Invasion) on a dramatic series depicting the tumultuous times and the start of the Gay Rights movement. The series will examine various characters throughout Manhattan as they face cultural and social clashes at a time when people were fighting and shouting for identity and a voice. One such clash to be highlighted in the series will be the unlikely alliance between NYC Mafia and the gay community in the opening of a nightclub. All this activity ignited the Stonewall Riots named for the Stonewall Inn which was the center of all the unrest when a large police raid rounded up the gay patrons thus fueling the push for Gay liberation in this country. A consulting producer to note on the project is Lonnie Lorenzo, one of the original owners of the Stonewall Inn. HBOWatch will track the progress of the concept as it develops. 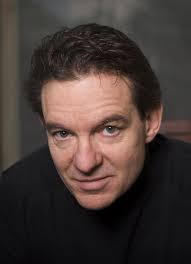 Another drama series being considered by Home Box Office is entitled GOD SAVE TEXAS and it would take viewers right to the core of big politics in the big ole Lone Star State. Pulitzer Prize winning author Lawrence Wright (of The Looming Tower: Al-Qaeda And the Road To 9/11) will write the series. It focuses on a modern day cowboy desperate to save his marriage and his home by being elected as a state official. Needless to say his intentions are well but he gets tangled in the crazy world of ten-gallon Texas politics.

The series is based on a play by Lawrence Wright (pictured) called  Sonny’s Last  Shot.  Lauren Shuler Donner (of the X-Men films) will be executive producer of the series after reading the play. She had this quote about the subject as worked by Lawrence Wright:

“It was incredibly entertaining, very contemporary. “Every hot button issue that concerns our country: gun control, pro choice vs. pro life, our environment, voter fraud, immigration, gay marriage, is being played out in the gubernatorial race between Wendy Davis and Greg Abbot, but in a larger than life, overly heightened drama. Texas is like America…only more so.”

I like the concept of a big sweeping miniseries about the life and expedition of the adventuresome Meriwether Lewis and William Clark. Something must be getting started with the epic project because we have a casting note. 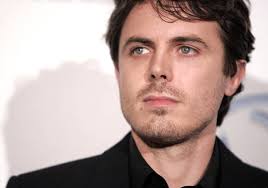 Casey Affleck, (pictured) yes the younger brother of the next Batman, will personify the Lewis half of that famous exploration team in an adaptation of Stephen E. Ambrose’s book Undaunted Courage. The mini will focus on the achievements of Lewis and Clark as well as the physical, spiritual and emotional toll the expedition to the uncharted country west of the Mississippi River takes on them. The event will be produced by Tom Hanks and his Playtone Company; Brad Pitt and his Plan B Company and Edward Norton and his Class 5 Company. No word yet on who will join Affleck as Clark or any other specifics. It looks like a thrilling miniseries though, doesn’t it? 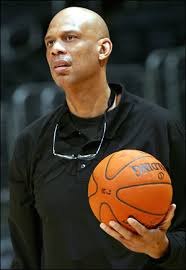 Basketball great Kareem Abdul-Jabbar will get the documentary treatment from HBO Sports. This all-time great athlete and Basketball Hall of Fame member was more than just a dominant player on the court but also an actor, author and an Cultural Ambassador for our country.

We, of course remember him best as a key player for both the UCLA Bruins and later the L.A. Lakers so, this documentary should be filled with highlights from that career and much more. HBO Sports has said –

“While he has lived so much of his life in the media spotlight, his extraordinary story has never been explored in depth, and we are grateful to Kareem and his team for allowing us to bring his story to life.”

We will keep you informed of when this documentary comes around.

Bill Hader, of NBC’s Saturday Night Live for eight seasons, has just signed on to develop a comedy concept for HBO. It is totally up in the air at this early stage to know what comedic hilarity he may come up with. He has the talent to not only control the concept but to also star in the potential comedy project.

Hader has been known to create off-beat characters like club hopper Stefon and the Italian talk show host Vinni Vedechi for SNL and has the wit to write the series as well. He wrote for SNL and for South Park. Anyone got a funny bone for Hader? Will he be a good addition to HBO? You know there will be more when we get it.

e director Michelle MacLaren (pictured) is stepping up her game. She started as a director back with episodes of The X-Files and some other show and then worked her way up to become a director/producer for Breaking Bad. Her abilities has since led her to HBO.

For the premium channel she has directed four episodes of GAME OF THRONES. They are Season Three’s “The Bear and the Maiden Fair” and “Second Sons.” Also from Season Four she directed episodes “Oathkeeper” and “First of His Name.” She is also slated to direct an episode of the upcoming THE LEFTOVERS. Due to this work she has recently signed a two-year first-look deal. Maybe, she can come up with some exciting project that will keep her with HBO for a good while.

Marion Barry, (pictured) among other achievements, held office as the Mayor of the District of Columbia for three terms in the 80’s and into the 90’s. He might be best known for being caught on a surveillance camera smoking a crack pipe in a hotel during an FBI sting operation. His life, and more than likely that incident are being developed into a future HBO Films presentation.

HBO has two scribes working on the script, D. C. local newsman Tom Sherwood and crime novelist George Pelecanos. Spike Lee is said to direct. But Marion Berry, as evidenced by a sampling of Tweets below, is not happy with the intended project. 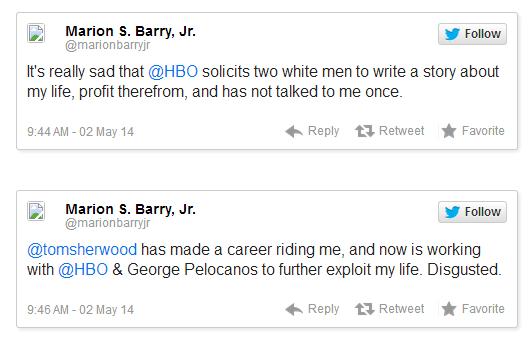 Well, that is kind of interesting; though it would be another notable HBO biography and apparently a bit controversial.

That is all we have from the Slate this time around. Feel free to comment if there is anything or anyone mentioned above that you are anticipating. HBOWatch will be back with developments on HBO as they happen.