Here is a few works being developed or greenlit from within the hallowed halls of HBO with various production companies. We even have a bit of international news.

A Development Slate back in July reported that HBO contributor Stephen Merchant had the greenlight for a comedy pilot entitled HELLO LADIES. Well, now that work is one step closer to being shot as a cast starts to take shape. The premise of the comedy has Merchant’s character, Stephen searching for the woman of his dreams in Los Angeles. Half as charming as he thinks he is — and twice as desperate — he’s obsessed with infiltrating the glamorous world of beautiful people. Unfortunately the beautiful people won’t let him in. 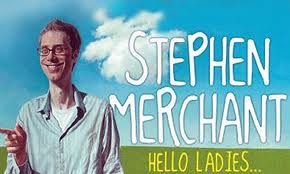 Nate Torrence, last seen in “She Is Out Of My League”, plays best friend Wade who is forced to tag along through the LA social scene after his wife of 11 years asks for a separation. Also onboard is Kevin Weisman, remembered from “Alias” and “Awake”, who will costar as a character called Kives. He is a dude who tags along with Wade and Stephen on their nights out. Despite being completely obnoxious, he inexplicably charms women, which is just one reason why Stephen hates him. Together this comedic trio will hopefully keep HBO viewers laughing through their exploits with the “beautiful people.” More as this show develops.

BRODY STEVENS: ENJOY IT! Is the title of comedy series making it way to HBO. One thing unique about it is that the series will only appear, at least for now, on HBOGo and HBO On Demand. The other uniqueness about the work is comedian Brody Stevens himself. 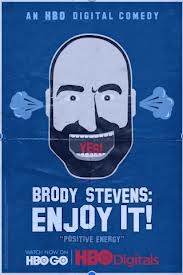 Mr. Stevens who has been seen in all three “Hangover” movies is described, for those who will understand the reference, as an Andy Kaufman style comedian stoked with an odd and intense delivery. It has made him a favorite on the scene in Hollywood. One such fan is Zach Galifianakis of HBO’s BORED TO DEATH. He is so much a fan he is producing and appearing in the upcoming show.

Entertainment Weekly has described the plot as a darkly funny, strangely touching, hard-to-described piece about a tumultuous period in Stevens’ life following a public mental breakdown. This is all due to his struggles to reconcile with his estranged sister and to patch up his ruptured relationship with his former employer Chelsea Handler. We see him try to get his life back on track and take his career to the next level. The show will air as fifteen six-minute episodes that will also include moments of fantasy and animation. No word, as of yet, when BRODY STEVENS: ENJOY IT! arrives on HBO’s digital platforms.

HBO’s Asian market is preparing for its first original drama series. I know who knew HBO even had an Asian division, right? Well, they do and its first original work sounds pretty good. It is called SERANGOON ROAD which is the story of an Australian private detective hired to work in Singapore in the 1960s. 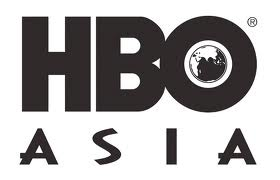 Prolific Down Under actor Don Hany plays P. I. Sam Callaghan, who tangles with the foreign authorities as the region goes through racial, social and political turmoil. Joan Chen, a familiar actor to U.S. audiences, plays the lady responsible for the agency and Maeve Dermody plays his lover. It is a ten-part series that will depict the feel of hot, steamy war-torn Singapore. There is no PR indicating whether the show will actually be filmed on the actual title location or recreated elsewhere.

We only bring this type of news to our follower’s attention because maybe, someday, HBO fans may see this foreign content over here via HBOGo as we do HBO LATINO product. 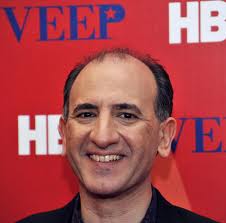 nd. It was during an interview with The Guardian he recently gave that he stated he is likely wrapping up that series after the season premiering soon. When prompted with the question of what was he interested in pursuing next this is what he said  –

“I’m thinking about the power of the internet… Microsoft, Google, Facebook: you have these twenty-somethings who have a way into billions of households… where’s the power gone? The power is gravitating towards these companies… I’m also interested in that personal thing of what it does to you when you’re 25 and you’re a multibillionaire and everyone in the world knows who you are.”

He then followed that thought with the announcement that he has completed a script for HBO for a new show set in Silicon Valley that will explore the quoted idea above. He, of course, has a second season of VEEP coming up as well. So, it looks like Iannucci likes it across the pond and working with HBO.

That is all we got for now. Feel free to comment and check back to HBOWatch often for more news about our favorite channel.