Oh, no, here we go. New CEO David Zaslav’s continued razing of the company has spread to content now. Okay, okay, that might be a bit cruel but we have seen what the new company, Warner Bros./Discovery (WB/D) has done to realign its staffing and trim fat and now it seems that is what it is doing with the content. Allow me to explain my point. 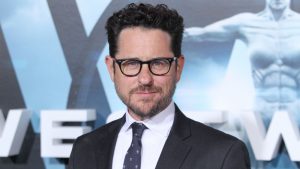 DEMIMONDE has just been slashed as content going forward at HBO and recently RAISED BY WOLVES has gotten the ax at HBO Max. By the way, MADE FOR LOVE, is also deceased. Now shows get canceled all the time, they only have a certain amount of life to them and they wrap up. Plus, we all know shows that seemed to have gone on too long. But the biggest reason I call out the two particular shows here is because of who is attached respectively, to each.

Two big auteurs are at stake here – J. J. Abrams (at left) with DEMIMONDE and Ridley Scott (at right) with RAISED BY WOLVES. Regardless of whether you like their credentials or not, they are two big players and Zaslav has just slapped them. They would be important players 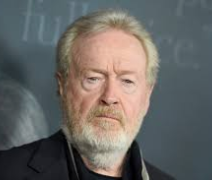 in the stable but Zaslav is playing hardball. We hope his actions don’t chase Abrams and Scott away. HBO can’t afford to trash their creative efforts right now. However, at least in the case of DEMIMONDE, we can rationalize the reason to cut the project. It had a price tag of over $200 million and WB/D is not going to sling that kind of cash on one project. As for Ridley Scott, at least he got two seasons in for his acclaimed series RAISED BY WOLVES.

So, that’s bad news for the production companies Bad Robot and Scott Free, though the content in question could be shopped around, but the big question here is could it be the death of epic series at HBO? Maybe Zaslav and team won’t stop there. Could they say WESTWORLD post-Season 4 isn’t viable enough and shutter it before its planned seven seasons? Could THE LAST OF US be the last epic to play? Could the potential GAME OF THRONES projects still out there never get picked up?

It is going to be interesting to see where WB/D takes the company and specifically for us, HBO. What are your thoughts? We’d love to hear them in the comments below.