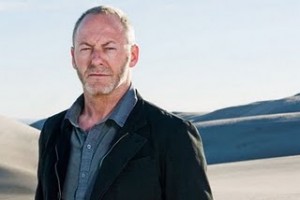 With filming of Game of Thrones season two set to begin next week, the new, major characters still needing to be cast are now set in stone.  Davos Seaworth is commonly called the Onion Knight, was once a smuggler, but became a landed knight and Stannis Baratheon‘s most honest and loyal supporter.  The character will be played by Camelot alum Liam Cunningham, an Irish actor probably best known for last summer’s Clash of the Titans.   Liam was not one of the actors rumored to be in contention for the role.

Just yesterday we reported that Stannis will be portrayed by Stephen Dillane, best known to U.S. audiences by playing Thomas Jefferson in HBO’s John Adams.  And another major character within Stannis’ court, Melisandre will be played by Carice van Houten, a Dutch stage and film actress.

We’re still wondering who will play Asha Greyjoy, Theon Greyjoy’s sister.  Game of Thrones Season Two won’t premiere until Spring of 2012 but we’ll keep you abreast of any developments in the production of the show.