Hey, that Lena Dunham/Jenni Konner comedy is shaping up fast. We just announced it was in development earlier this month. Now we learn that the cast has firmed up and a nice ensemble 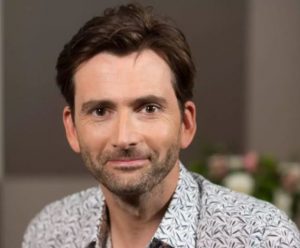 will be joining Jennifer Garner in CAMPING.

If you recall the premise, Garner’s character Kathryn plans a back-to-nature trip to celebrate her husband Walt’s 45 birthday. All sort of characters and issues make it a zany time, or so we gather that will be the case. It doesn’t happen without Walt and David Tennant (right) fits the bill.

Tennant, of Dr. Who fame, has done a number of dramatic turns but this time we’ll get to see him do comedy. Tennant’s Walt is an obedient husband and a loving father, the reliable lynchpin of his male social group, but below that reality lurks a subtle but growing discontent about what he’s just signed up for. He is not alone in suffering through the endeavor as other characters are involved. 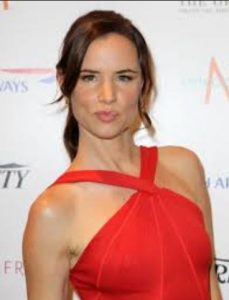 The next character is defined this way – Jandice is a woman of many talents. She’s a DJ of sick beats, a Reiki healer and a certified public accountant. Her life may seem ideal — bouncing from man to man to woman to man — but the reality is far less ideal. Man, don’t you just chew these descriptive sentences to try to figure out these characters? Anyway, personifying Jandice is Juliette Lewis (left). Her latest big work was the series Secrets & Lies, but did you know she made an HBO movie back in 2002? Seek out HYSTERICAL BLINDNESS.

The next crazy character is Carleen. She has spent her life in the shadows — as a sister, as a hospice worker and as an unsuccessful equestrian — and it has left her meek, terrified and relying on her own strange passions (crocheting with polyester yarn) to get her through the lonely days.

She is Kathryn’s sister and Ione Skye (right) plays her. Of course, we know were from the famed Say, Anything and Arrested Development. In fact, Carleen looks like she’s right out of that show.

There are others in the mix too. Janicza Bravo will play Nina-Joy, the friend you go to for everything: best massage, best jeans, best oatmeal. But her tension with Kathryn over a breach of confidence threatens to topple the weekend and put tooth marks in her marriage to the husband she adores almost as much as she likes a nice clog boot. Arturo Del Puerto will portray Miguel, who is smack dab in the middle of a midlife crisis, recently separated. He is now expressing his instability through Topshop clothing and very strange life choices. Brett Gelman will play George, who is loyal, goofy and infinitely game. He’s as obsessed with his best friend Walt as he is with his wife, Nina-Joy, but just under the surface of this affable boom operator simmers some barely repressed rage that can stop any singalong. Bridget Everett will recur as Harry, the tough-talking, nature-loving queen of the campsite, she came out as a lesbian at age 3. Her passion for her wife Nan is only beaten by her passion for all other women and an assortment of guns.

We will keep an eye on CAMPING as it goes forward.