Here are some brief comments from THE SOPRANOS creator David Chase that you might consider good news/bad news. You decide. 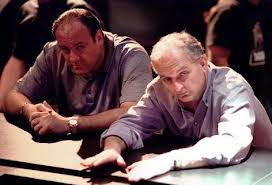 Mr. Chase told website Showbiz 411, in an interview mainly about his big screen debut as director of a movie called Not Fade Away, that a THE SOPRANOS movie is not going to happen. Roger Friedman’s piece for the site states –

[box]What about a “Sopranos” movie, I asked. “No, unh uh,” he said, shaking his head, and his wife even agreed. I did try to slip in–’those people are dead’–but Chase refuses to say what happened to Tony, Carmella, Meadow and AJ.[/box]

That is the bad news portion of this post. Fans of THE SOPRANOS will still have to live with the open ended “onion ring eating” finish to the series.

Mr. Chase did mention some potential good news for us and HBO. Here is how it was worded from the source –

[box]Though there are no plans for a feature film, Chase did mention that the idea of a prequel to the series has been thrown around at HBO recently.

“It would be with Tony’s father, and Uncle Junior, and Livia & Tony’s mother long before any of the other characters we know now.”[/box]

Did you catch that? There has been talk of a prequel. It would feature Tony’s parents and Uncle Junior and how they got “made.” Does that n 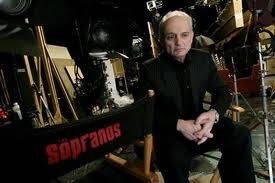 One other section from the piece sounded interesting. Again, quoting the site –

[box]But Chase has some other ideas. He has a series in mind with HBO about the silent film era. He also would like to make a psychological thriller.[/box]

Well, I say bring any of these projects to light Mr. Chase. We will surely welcome you back to HBO. Right?

BONUS: Here is a SNL film from this past weekend entitled “The Soprano Diaries.” So, glad this is not the prequel Chase had in mind.