Two big names; make that two big personas get the documentary treatment at HBO. Both are deceased, but both left a large imprint on us. One was a huge pop culture and musical icon whose passing shocked & saddened us all while the other was huge in his craft and just darn huge period. We are talking about David Bowie and Andre The Giant. They are not two people you would associate together of course, but for the fact that HBO has announced that each subject will get the HBO Documentary Films treatment this year. 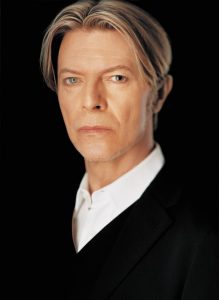 DAVID BOWIE: THE LAST FIVE YEARS is a documentary continuing the chronicle of the rock star’s life. Director Francis Whately, back in 2013, crafted David Bowie: Five Years which looked back on Bowie’s earlier years including his Ziggy Stardust phase. Now this second documentary surfaces looking upon the last years and last contributions of the icon.

THE LAST FIVE YEARS is stated to be a BBC Films production which features rarely seen Bowie interviews, archival footage and audio from the Next Day and Blackstar recording sessions. HBO describes the film as having “unprecedented access to Bowie’s closest friends and artistic collaborators” and being “a tribute to one of the greatest rock icons of all time.”  Whately also stated that –

“Looking at Bowie’s extraordinary creativity during the last five years of his life has allowed me to re-examine his life’s work and move beyond the simplistic view that his career was simply predicated on change. HBO, whose global output the world admires, is a great channel to get this incredible documentary out to the U.S. fans.” We eagerly await 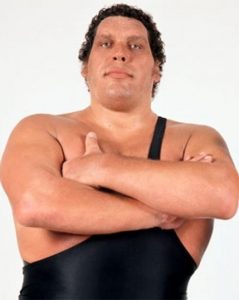 Also looming large on the documentary front is the life of pro wrestler and actor Andre the Giant. Behind the documentary is Bill Simmons. We reported back in 11.15 that Simmons was coming to HBO to do a sports series (the since canceled ANY GIVEN WEDNESDAY WITH BILL SIMMONS) and documentary features. It was at that time we learned that Andre the giant was his first topic.

It has now been confirmed that Simmons will executive produce for HBO alongside Vince McMahon’s WWE the colossal story of Andre Roussimoff who became a powerhouse on the professional wrestling circuit and into pop culture. He seems to be a topic that has interested Simmons for a while. He states –  “Going back to 2007 and 2008 when I was creating and developing 30 for 30 for ESPN, Andre’s story rode the top of every single sports documentary wish list I ever made. He’s a true legend. Everyone who ever crossed paths with him has an Andre story – and usually four or five.” We can add this full-length detailed documentary to the list of stories about the power and charm of Andre the Giant.

More details about both documentaries forthcoming as they move forward at HBO.

(Source: Deadline posts on each)