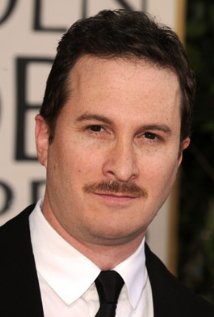 Aronofsky is known for his dark portraits. You’ve probably seen his latest works, Noah and Black Swan. But real Aronofsky fans remember movies like Pi and Requiem for a Dream. Over the past year we reported on Darren’s ongoing dealings with HBO but nothing solid had yet surfaced. Today it was revealed that HBO has moved a series into development attached to the Oscar-nominated director.

The project, based on Margaret Atwood’s novel trilogy Oryx and Crake (2003), Year Of The Flood (2009), and MaddAddam (2013) is set in the mid-21st century in a world where corporations have taken over for governments and the genetic modification of organisms is perversely ubiquitous. It centers on the events before and after a Waterless Flood that wipes out almost all of the world’s population and follows an extensive cast of characters, including those responsible for the apocalypse and those struggling to survive it.

The novels have received high praise including these honors:

A New York Times Notable Book
A Washington Post Notable Book
A Best Book of the Year: The Guardian, NPR, The Christian Science Monitor, The Globe and Mail
A GoodReads Reader’s Choice

The premise seems somewhat dark so we’re hoping Aronofsky is just the man to bring it to life on HBO’s air. Have any of you HBOWatchers read the series before? What did you think? How might it adapt to the silver screen? Leave us a comment below and help us get ahead of the game.

HBO has been doubling down on sci-fi as of late with several new series in the kiln right now. Which one will make it to your living room? Only the best of the best, we presume. HBO is pretty great at adapting books to screen, wouldn’t you say?

No word on a premiere date, filming date, cast or anything of the sort just yet.  In fact, Darren is currently looking for writers to help get this beast onto paper so we’re a ways off from any of the above information. All we can say for sure is that HBO is interested in the Atwood adaptation and is indeed moving forward in some capacity with this project. We’ll let you know when we hear more.