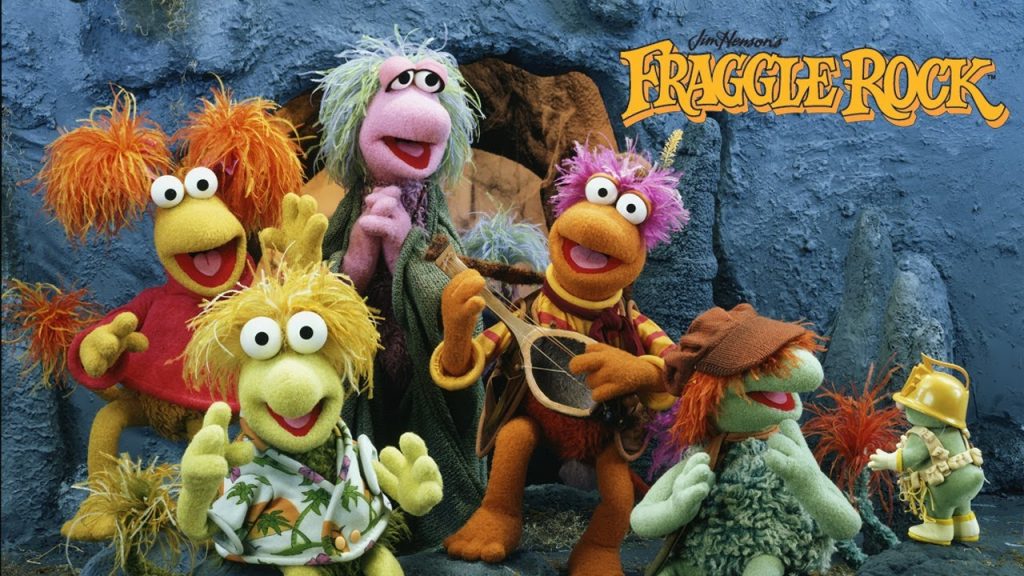 As the show used to say – “Dance your cares away; worries for another day. Let the music play; down at FRAGGLE ROCK!” And now you can all over again. HBO has announced that all five seasons, for a total of 96 episodes, of the iconic Jim Henson Company series will replay at HBO. This time around it is remastered to pop out at you in HD. Ohh. Ahhh.

The children’s show was a multinational endeavor that was produced between Canada, France, the U. K. and the U. S. via Jim Henson’s international company. Of course, it played on HBO here in America beginning in 1983. The multi-award winning series was a large draw for HBO and anchored its children’s programming. It first aired on January “Change of Address.”

Coming before the end of this year the entire run of FRAGGLE ROCK complete with Doc & Sprocket, Gobo and all his Fraggle friends, plus Doozers & Gorgs and more will be at your fingertips. Whether it is to laugh and sing along to old friends all over again or to explore anew with your family the streaming sites, HBONow & HBOGo, will have the show waiting for you. It will be full of bright, crisp colors, beautiful and snappy songs of all flavors and messages still relevant 30 years later.

FRAGGLE ROCK might also find its way onto HBO Family though any announcement we have seen does not state that as certain. It would make sense to do so. As this writer has stated before upon the launch of SESAME STREET family content has always been a big part of HBO’s programming, but the shows have been waning of late. Now with the resurgence of The Fraggles the whimsy, silliness and life lessons from these two shows will certainly bolster the family audience for HBO. FRAGGLE ROCK will surface across HBO’s platforms before year’s end.