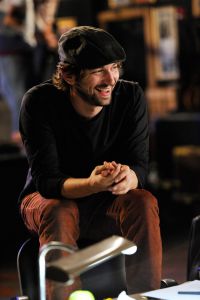 The Hollywood Reporter has shared the news that Michiel Huisman will be appearing in the upcoming 4th season of Game of Thrones. Huisman will be familiar to HBO fans for his portrayal of the drug-addled street musician Sonny in Treme.

Huisman will be replacing Ed Skrein as Daario Naharis, the sellsword in service to Daenerys.

Word of Huisman’s casting first surfaced on Instagram, where his trainer posted a photo of the actor bulking up to prepare for Thrones.

Mr. Huisman is one of many significant new castings for season 4, joining Pedro Pascal, Indira Varma and Roger Ashton-Griffiths as they enter the Thrones family.

This isn’t the first time an actor has been swapped. Ser Gregor Clegane has been played by two actors at this point. Find out more about that in our extensive interview with Conan Stevens, the original Mountain.

What are your thoughts on this casting? Were you a fan of Ed Skrein, or are you happy to see Huisman step into the role?  Will it confuse some viewers?

Author’s Note: Personally, I am delighted with the news. I was a fan of Skrein’s Daario, and I am sad to see him go, but these things happen and we have to move on. However, being a huge fan of Treme, I know Huisman definitely has the acting chops to take on this role. On top of that, I think he more accurately fits the description of Daario’s appearance as per George R.R. Martin’s descriptions. Nevertheless, this is sure to cause some large-scale confusion among fans once the show returns.