Fear not Cinemax fans because gradually over time the Cinemax series we have known about and might not have even seen are coming on HBO Max! Just landing this weekend has been THE KNICK joining the previously uploaded C.B. STRIKE and WARRIOR. Coming on board before this month is out is BANSHEE. We wouldn’t doubt that Cinemax’s remaining series, in time, will also appear on the service.

If you are unfamiliar with this content then read further: 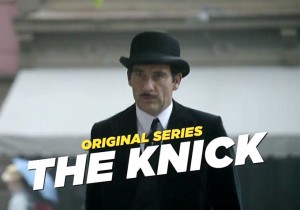 THE KNICK – a drama series created by Jack Amiel and Michael Begler and directed by Steven Soderbergh. It follows Dr. John W. Thackery (Clive Owen) and the staff at a fictionalized version of the Knickerbocker Hospital (the Knick) in New York during the early twentieth century. In New York City in 1900, the Knickerbocker Hospital operates with inventive surgeons, nurses and staff who struggle against the limitations of medical understanding and practice, to minimize morbidity and mortality. While struggling to keep the lights on, the hospital attempts to attract a wealthy clientele, without sacrificing quality of care. It ran for two seasons; 20 episodes from 2014 – 2015. We reviewed the series when it appeared on HBO and we reported that it could be revived again with Soderbergh. 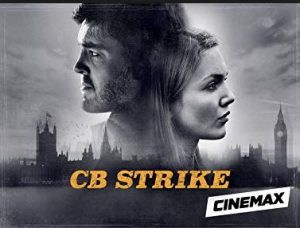 C. B. STRIKE – a British crime drama television program based on the Cormoran Strike detective novels written by J. K. Rowling under the pseudonym Robert Galbraith. follows Cormoran Strike (Tom Burke), a war veteran turned private detective operating out of a tiny office in London’s Denmark Street, who uses his unique insight and his background as a Special Investigation Branch investigator to solve complex cases that have eluded the police along with his assistant, subsequently business partner, Robin Ellacott(Holliday Grainger). For U. S. audiences the series ran two seasons; 11 episodes with “The Cuckoo’s Calling,” “The Silkworm,” and “Career of Evil” comprising Season One and “Lethal White”, just uploaded, as Season Two.

WARRIOR – an action-drama television series that premiered on April 5, 2019, on Cinemax. It is based on an original concept and treatment by Bruce Lee and is executive-produced by his daughter, Shannon Lee, and Justin Lin. Jonathan Tropper, known for the Cinemax original series BANSHEE, is the showrunner. Set during the Tong Wars in late 1870s San Francisco, the series follows Ah Sahm, a martial arts prodigy who emigrates from China in search of his sister, only to be sold to one of the most powerful tongs in Chinatown. It ran for two seasons; 20 episodes from 2019-2020 as Cinemax’s last original series. 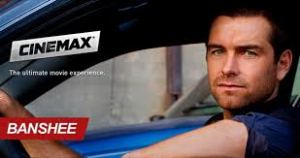 BANSHEE – (uploading on 02.26.21). An American action television series created by Jonathan Tropper and David Schickler originally appearing on the Cinemax network beginning on January 11, 2013. Set in the small town of Banshee in Pennsylvania Amish country, the series’ main character is an enigmatic ex-con (Antony Starr), who assumes the identity of Lucas Hood, the town’s murdered sheriff, to hide from the powerful crime lord, Rabbit (Ben Cross). Imposing his own brand of justice, Hood attempts to reconcile with his former lover, Rabbit’s daughter, Anastasia (Ivana Miličević), who has herself adopted an assumed identity, married, and raised a family during Hood’s incarceration. Hood struggles to maintain his new identity while still embracing crime alongside his partners Job (Hoon Lee) and Sugar (Frankie Faison), and coming into conflict with local kingpin Kai Proctor (Ulrich Thomsen). It ran for four seasons; 38 episodes.

Though no official word has been stated, perhaps we will also see the dramatic series STRIKE BACK, OUTCAST, RELLIK, QUARRY, HUNTED, JETT and TRACKERS upload to HBO Max & the HBO app in 2021. Look for THE KNICK and the other Cinemax Originals.