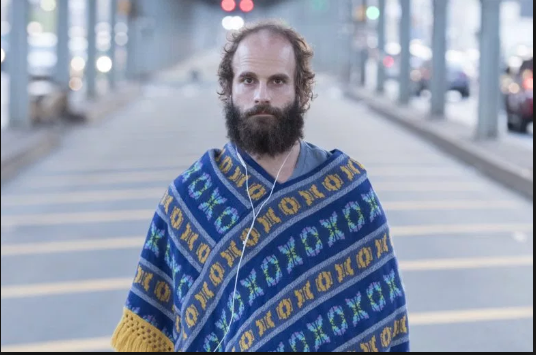 The series HIGH MAINTENANCE has just wrapped up its third season on March 17 and then promptly announced that it will be coming back in for a fourth season in 2020.  The official press release words it this way –

CREATED BY KATJA BLICHFELD AND BEN SINCLAIR, FOR FOURTH SEASON

Following the debut of the third-season finale on March 17, the comedy series HIGH MAINTENANCE has been renewed for a fourth season, it was announced today by Casey Bloys, president, HBO Programming. Created by Katja Blichfeld (Emmy-winning casting director of “30 Rock”) and Ben Sinclair (“Home Again,” “Sisters”), the critically acclaimed show uses The Guy, a marijuana dealer (played by Sinclair), to tell a variety of stories about New York lives. HIGH MAINTENANCE paints a uniquely authentic portrait of New York with empathy and insight, telling amusing, surprising, sometimes moving and always poignant tales of denizens who are usually just faces on the crowded sidewalks of Brooklyn. The series is executive produced by Katja Blichfeld, Ben Sinclair and Russell Gregory. Among the critical raves for the current season, The New York Times has called the show “wistful, often hilarious and always tender” with “so much compassion,” while Vanity Fair praised the show for its ability to “gaze at its neighbors with frank curiosity, noticing quirks of fashion and gaps in opportunity,” and Entertainment Weekly described it as a “gem” with “episodes that are both timely and timeless.” Season three credits: HIGH MAINTENANCE was created by Katja Blichfeld and Ben Sinclair; executive producers, Katja Blichfeld, Ben Sinclair and Russell Gregory; producers, Willy Friedman, Gwen Bialic and Emi Irikawa.

It is totally unknown what direction the series will take the next time around. This past season saw The Guy ditch his bike and cruise around in an old RV. It took him farther afield at times but he always ended back in the heart of NYC and his clients. He took on new ones as well. That is what the story is all about; it is about a connection to people and listening to their story. He will do so yet again in 2020.

It is likely, but anything is a tossup in the new regime, but HIGH MAINTENANCE would likely keep its Sunday night now that it has moved off Friday night, however, it will be coupled with something new as its partner this year, CRASHING, has ended its run. Stay tuned.