Way back in May of 2015 we mentioned that Justin Lin was interested in creating a crime drama called WARRIOR for Cinemax. What made this concept most exciting was that it was based on the writings of martial arts icon Bruce Lee. Now two years later we can report that that series is a certainty. Though Lin (TRUE DETECTIVE Season 2) is still a producer the showrunner will be Jonathan Tropper (BANSHEE). Here are details via a press release:

CINEMAX has picked up the straight-to-series drama WARRIOR, it was announced by Kary Antholis, president, HBO Miniseries and CINEMAX Programming. Starting production on its ten-episode season this fall in Cape Town, South Africa, the show is inspired by an idea from Bruce Lee and created and executive produced by Jonathan Tropper (creator of CINEMAX’s “Banshee”) under Tropper Ink Productions. Justin Lin and Danielle Woodrow will executive produce on behalf of Perfect Storm Entertainment, and Shannon Lee will executive produce for Bruce Lee Entertainment.

“WARRIOR follows in the spirit of the tradition of adrenalized CINEMAX dramas that we established with ‘Strike Back’ and ‘Banshee’,” said Antholis. “We are brimming with excitement for this unique martial arts series combining Bruce Lee’s inspired conception with the immense storytelling talents of Jonathan Tropper and Justin Lin.”

WARRIOR is a gritty, action-packed crime drama set during the brutal Tong Wars of San Francisco’s Chinatown in the second half of the 19th century. The series follows Ah Sahm, a martial arts prodigy who emigrates from China to San Francisco under mysterious circumstances and becomes a hatchet man for one of Chinatown’s most powerful tongs (Chinese organized crime 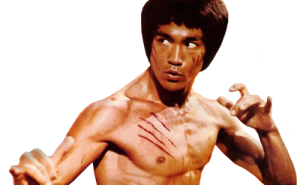 “As a show that proudly bears the imprimatur of Bruce Lee, it’s our intention to deliver not only explosive martial arts action – which we will – but also a powerful and complex immigration drama that is as relevant today as it was in the 1870s,” says Tropper.

“I’ve always admired Bruce Lee for his trailblazing efforts opening doors for Asians in entertainment and beyond,” notes Lin. “So I was intrigued when Danielle told me about the urban legend of his never-produced idea for a TV show and suggested we bring it to life. Then, when Shannon shared with us her father’s writings – rich with Lee’s unique philosophies on life, and through a point of view rarely depicted on screen – Danielle and I knew that Perfect Storm had to make it.

“Partnering with CINEMAX has led to a wonderful collaboration with Jonathan Tropper, who has created a fantastic series inspired by Lee’s writings. We are all honored to continue what he started,” he adds.

It makes me want to get Cinemax!