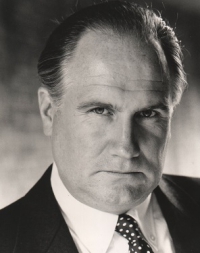 The casting news continues to take us by storm (of swords)! According to his CV, English thespian Rupert Vansittart has been cast as Bronze Yohn Royce in Game of Thrones.

Mr. Vansittart is known for guest starring in the likes of Foyle’s War, Mr. Bean, Dr. Who, and Midsomer Murders, and for playing Lord Bottoms in Braveheart and Lord Ashfordly in Heartbeat. Now he will be portraying yet another lord.

Bronze Yohn is the father of Waymar Royce, who viewers will remember as the arrogant member of the Night’s Watch who was killed by a White Walker in the very first episode of the show. Yohn is the head of House Royce, and sworn to House Arryn of the Vale.

Author’s Note: This is an interesting casting, as it tells us we’ll be seeing a significant focus on the Vale this season. It’s probably a good move on D&D’s part to move these storylines forward as they seem to be doing, as it will help in adapting the remainder of A Feast for Crows in the future.