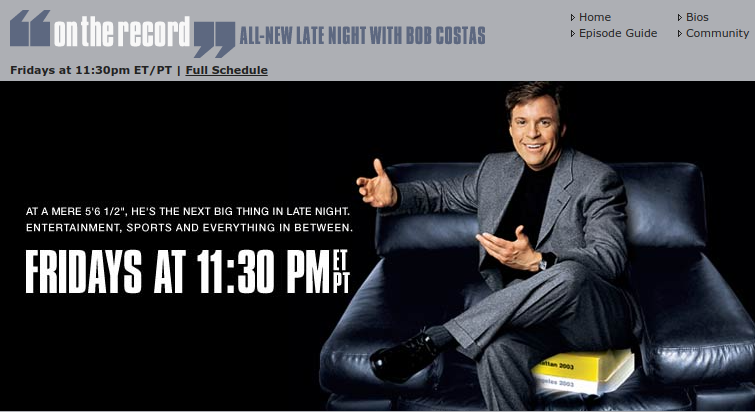 28-time Emmy-winner and legendary broadcaster Bob Costas returns to HBO with the launch of BACK ON THE RECORD WITH BOB COSTAS. It is a relaunch of an older show he had on the cable channel a while back. The new iteration, which will air four episodes each year, will feature extended conversations with the biggest names in sports, from present-day superstars to legends of the past to commissioners and other newsmakers from the sports landscape; roundtable discussions with compelling figures from the sports world as well as entertainment & pip culture; and signature commentaries from Costas himself that capture his distinctive voice and point of view. According to the official press release it premieres later this spring on HBO and will be available to stream on HBO Max. It looks like Costas and crew aren’t wasting any time.

The original HBO gig for Costas was titled ON THE RECORD WITH BOB COSTAS. The show ran for four 12-week seasons on HBO from 2001 to 2004 before being revamped into COSTAS NOW. That latter show ran from 2005 – 2009. As the release states and is clearly worth repeating – One of the most accomplished broadcasters of his generation, Costas’s voice has been the soundtrack of some of the most significant events in sports television history, and his reputation as an industry-leading interviewer and authoritative voice on emerging issues in sports will be central to the show.

In a career spanning more than four decades, Costas remains the only broadcaster to be recognized with an Emmy in news, sports and entertainment. He has been honored as Sportscaster of the Year by the National Sportswriters and Sportscasters Association (NSSA) a record eight times and was the youngest to receive such an honor when he won the award in 1985. His distinguished career includes having served as primetime host for a record 11 Olympic Games on NBC; host and play-by-play voice of numerous World Series and NBA Finals, as well as the host of multiple Super Bowls, U.S. Open Golf Championships, Triple Crown races, and more. 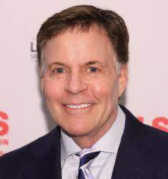 Nina Rosenstein, executive vice president of programming says, “Bob has long been one of the most talented and versatile broadcasters in the world of sports and entertainment, and we are thrilled for his return to HBO.” And, in turn, Costas declares, “HBO is synonymous with the highest quality of television programming,” said Costas. “And their sports programming has always been both innovative and thoughtful. For those reasons and more, I am very pleased to again be part of HBO.”

And we are pleased to have him back. ON THE RECORD was a great show and once again it will be great to see him a part of HBO Sports and it appears we will be seeing him sooner than later. Keep your eye out for BACK ON THE RECORD WITH BOB COSTAS.