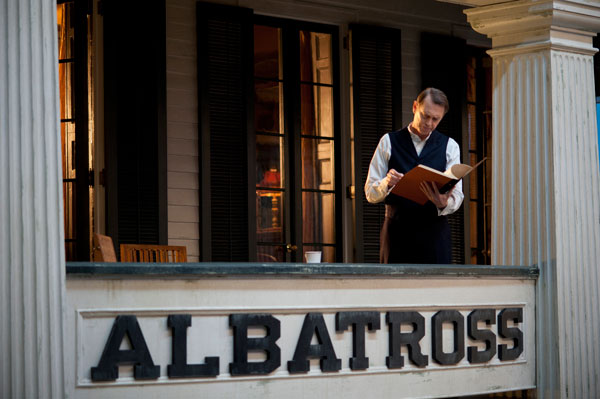 Grab the nearest floozy and celebrate!  We weren’t expecting the show to be cancelled any time soon but it’s great to have it in writing.  Boardwalk Empire Season 5 is official!  Expect it to premiere in Fall of 2014.  Now get back to watching season four, ya wise-guy.

“Thanks to Terry Winter, Martin Scorsese, Tim Van Patten, Howard Korder and their stellar team, BOARDWALK EMPIRE remains in a class by itself,” said Lombardo.  “I look forward to another electrifying season of this impeccably crafted series.”

Among the early critical raves for the new season of BOARDWALK EMPIRE, New York’s Daily News declared that the series “remains must-see television drama,” whilePeople called it “terrific” and a “gripping spectacle.” The Chicago Tribune hailed the show’s “achingly good performances,” and Variety termed it “one of TV’s most compelling dramas.”

BOARDWALK EMPIRE continues to be one of HBO’s most-watched original programs, with an average gross audience of 7.5 million viewers this season.

No one knows if season 5 will be the show’s last or when the exact premiere date will be. We expect it to premiere in September of 2014 if things remain on track as they have the past few seasons.  As to a possible season six after that we’ll just have to wait for word from HBO.  Ratings have been holding steady if not then a bit down this season.  But between epic Sunday night NFL games, Homeland and other Sunday programming it’s fairly understandable.  Boardwalk Empire is one of HBO’s most popular, award winning programs and we hope to see it return for many a season.  For what it’s worth Winter (the show’s creator) hoped for 6 seasons back in 2012.

As always we’ll keep you informed on the fate of the Boardwalk.