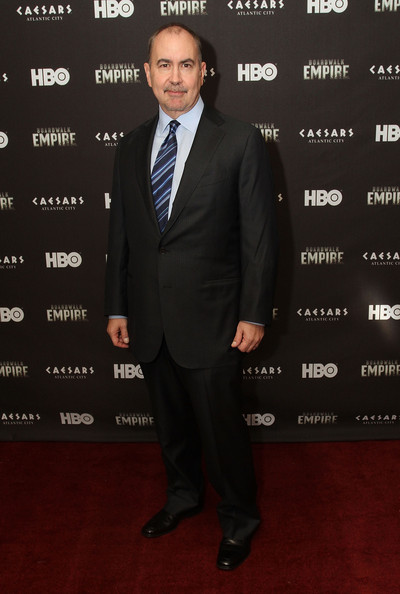 Terrance Winter sat down with Entertainment Weekly for an interview and recap of season 3 this week after the finale aired. More news-worthy than his wonderful thoughts on this season were his tidbits about the future of Boardwalk Empire.

So now that Nucky is back on top, can we expect that gangster focus to continue into season 4?
Yes, more than likely.

The boardwalk is such a big part of the show, but that ending hints that Nucky might not feel comfortable on the boardwalk in season 4. Is that an accurate interpretation?
It’s still his kingdom and his empire, but I think he’s going to be a lot less visible and a lot more insulated.

What year does season 4 begin? Is there another time jump?
About mid-1924, so about a year later.

And what can we expect in that time period?
In 1924, we’re really into the booming economy, with a really young culture. It’s the year Capone (Stephen Graham) came into his own. [Meyer] Lansky (Anatol Yusef) and Lucky [Luciano] (Vincent Piazza) really became the gangsters we now know them to be. And in our fictional part of the show, Nucky will create his own gang.

Can you elaborate a bit about Capone?
It’s no historical secret that in 1924 he took over the town of Cicero, Il., and made it his base of operations. The question is how do our fictional characters interact in that world. Now former agent Van Alden is in between those guys, and that will play out in a big way.

If the presumed fifth or sixth season comes along and you’re told by HBO that it’s the last one, is your goal to conclude the story at the end of Prohibition?
Ideally, that would be a great end point — or the stock market crash might be another logical end point. Given the nature of what we do, you have to be prepared to wrap things up when it’s time to end. I hope I have enough advance notice to bring the story to a conclusion I’m really happy with and I’m confident that I will.

Do you have a final scene in your head?
Yeah. A vague one, yeah. But, of course, I can’t tell you.

Season 4 has been approved by HBO and won’t premiere until Fall 2013. What do you think about what Terrance had to say about the Nucky and the gang? Leave us a comment below with your thoughts.