Here is an exciting addition to the cast of HBO’s period crime drama BOARDWALK EMIPRE. It is the character of J. Edgar Hoover which will be played by actor Eric Ladin. 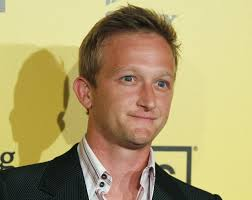 Mr. Hoover became the deputy head of the Bureau of Investigation, the precursor to the FBI, in 1921 at the age of 24 and became the acting director in 1924. So in this series he will be well on his way to being the major crime buster that he was until his death in 1972. The role is listed as a recurring role in the upcoming Season 6.

Eric Ladin is no stranger to crime as he last appeared in AMC’s The Killing and is no stranger to HBO as he had a recurring role as Doctor Walker to Chloe Sevigny’s Nikki Hendrickson in BIG LOVE and was Cpl. Chaffin in the HBO Miniseries: GENERATION KILL.