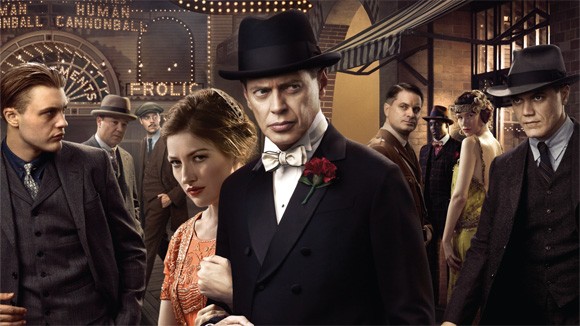 Going through ‘Boardwalk’ withdrawals? That’s ok, your not alone. Pick up a copy of ‘Boardwalk Empire’ The Complete Second Season for yourself or a loved one this holiday season and relive some of the greatest moments in the ‘Boardwalk’ saga. Are you new to the ‘Boardwalk?’ Do you know someone who’s trying to play catch up? Perhaps your a huge fan and can’t get enough of Nucky Thompson and Jimmy Darmody. Whatever the case, ‘Boardwalk Empire’ The Complete Second Season is the gift for you.

Everyone in Atlantic City is fed up with Nucky Thompson’s meticulous governance. Season 2 follows Jimmy Darmody’s mutinous plans to conquer Atlantic City – returning power to The Commodore, Louis Kaestner (Jimmy’s biological father). Nucky’s troubles begin after being arrested for election fraud, opening a flood gate of political backlash and personal vendettas. Jimmy and Eli Thompson (Nucky’s brother) lead the insurrection in Atlantic City, bringing along a host of ambitious up’n comers like Charlie Luciano, Meyer Lansky and Al Capone. But Nucky has friends of his own: Arnold Rothstein in New York, Johnny Torrio in Chicago and Owen Slater from the Irish Resistance look to even the odds. ‘Boardwalk Empire’ has always thrived off the dangers of ambition – season 2 doesn’t disappoint.

How will Nucky overcome this mutinous onslaught? Perhaps you already know the answer and want to revisit this stunning chapter of the ‘Boardwalk’ saga. Season 2 pushes our characters to the limit, revealing the true dark nature of prohibition in America.

This ‘Boardwalk’ package comes complete with multiple viewing formats including Blu-Ray, DVD and Digital Copy. Satisfy your ‘Boardwalk’ craving from any platform. 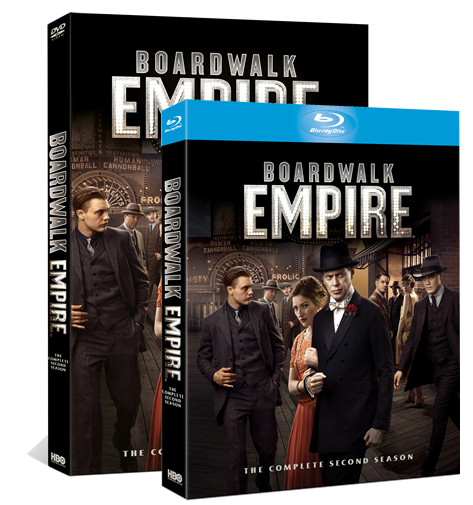 Updates to the Boardwalk is one of my favorite special features, giving us an in-depth look at ‘Boardwalk Empire’ sets and production aspects. It’s always fascinating to see Creator/Executive Producer Terrence Winter at work. Learn how Winter and his team brought prohibition-era Atlantic City to life.

Time is of the essence. Pick up your copies today.