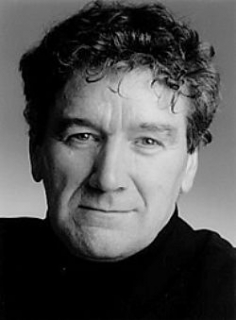 While HBO has been very secretive about actors being cast for the upcoming season, there has still been a few bits of information that have slipped through the cracks. Today, HBOWatch has learned through WinterIsComing.net that Clive Russell has been cast to play Catelyn Stark’s uncle, Brynden “Blackfish” Tully. The Scottish actor has been a familiar face on British television and has appeared in a number of different TV series’ including Silent Witness, Still Game, and ITV’s Coronation Street. He has also made extensive appearances in film, most recently as Captain Tanner in the Sherlock Holmes series and as MacQueen in the 2010 film The Wolfman.

Russell’s physical stature should add to the looming presence of the Blackfish, as he currently stands 6’5″ tall. Here is a little information on the character via A Wiki of Ice and Fire:

Ser Brynden Tully, also known as Ser Brynden the Blackfish, is a member of House Tully. A skilled and experienced fighter who made his name during the War of the Ninepenny Kings, he proved invaluable to King Robb Stark as an adviser and captain of the outriders. His personal coat of arms consists of the traditional Tully colors, but with a black fish…Following the motto of his house, he knows his duty and firmly believes in upholding justice and the bonds of family. He is tall and lean, with a hoarse, smoky voice. His features are lined and weathered. His once-auburn hair has gone to grey. He has bushy eyebrows and bright blue eyes. A kind man, he was the one to whom the Tully children and the ward Petyr Baelish would first go with their problems.

Author’s Note: HBO has yet to confirm any casting choices that have been made. However, given the sources reporting the news, it’s a pretty save bet that Russell will play the role. Further, we have learned this week that a few actresses have signed on for Season Three. Although the roles remain a mystery, Tara Fitzgerald and Charlotte hope appear to have been cast as well. Speculation is that Fitzgerald has been cast for Queen Selyse Baratheon, Stannis’ wife; and Hope will play Meera Reed. We will keep you updated on this once we learn more.