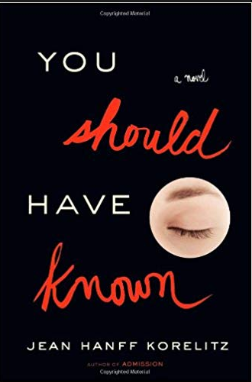 David E. Kelley is penning another limited series for Nicole Kidman. They were both involved in BIG LITTLE LIES and are now involved in THE UNDOING. Joining Kidman onscreen will be Hugh Grant and Donald Sutherland. The story in question focuses on a successful therapist, Grace Sachs (Kidman). On the brink of publishing her first book a chasm opens in her life: a violent death, a missing spouse, and, in the place of a man Grace thought she knew, only a chain of terrible revelations. As Jonathan Sachs, Grant will play an acclaimed pediatric oncologist, devoted husband to Grace and doting father, whose past undergoes scrutiny when he suddenly disappears. Donald Sutherland will play Grace’s father Franklin Renner: a retired financier and loving grandfather, tasked with protecting his family when turbulent revelations come to light.

Nicole Kidman stated that “David has created another propulsive series with a fascinating, complicated female role at its center.” The limited series is based on the book “You Should Have Known” by Jean Hanff-Korelitz.  Some positive reviews have stated –

“Ms. Korelitz’s book is smart and devious – enough so to bring to mind another work of trickery, one that has “Gone” in its title and does not feature Scarlett O’Hara.”―The New York Times

“Tempt the gods with smug self-righteousness and they will deliver a windfall of tragedy, as witness in Jean Hanff Korelitz’s rollickingly good literary thriller…Korelitz writes intimately and engagingly about a social strata few are privy to, but the ugliness is very familiar.”―Vanity Fair

“This consuming, expertly plotted thriller moves along at a slow burn, building up to shocking revelations about Grace’s past and ending with a satisfying twist on her former relationship mantra; ‘doubt can be a gift.'”―People

“Korelitz does not disappoint as she chronicles the emotional unraveling of her heroine in this gripping saga…A cut above your average who-is-this-stranger-in-my-marriage-bed novel, “You Should Have Known” transforms itself at certain moments from a highly effective thriller into a nuanced novel of family, heritage, identity, and nurture.”―The Boston Globe

We await THE UNDOING, but as of this writing no director has taken the project.