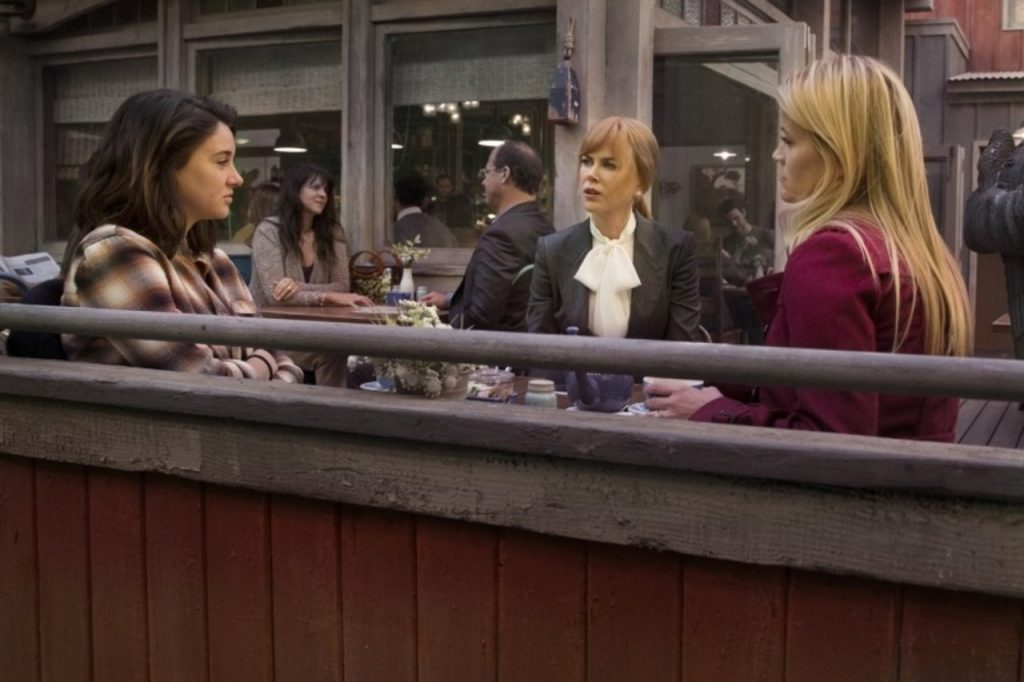 We’ve all been there: a point in our lives where you feel personal or professional unhappiness or feelings of estrangement, abandonment, loneliness, confusion, frustration or fear. Or maybe, you come to a crossroads in your life that pushes you to find a part of yourself that was buried so deep, you thought you wouldn’t be able to find it again. Celeste, Madeline and Jane have all come to a point in their lives. And that saying – ‘when push comes to shove’ – you never really know what you’re made of until you’re ready to take a stand or believe in yourself, even if you have to do this all alone, is palpable in this episode.

Madeline is dealing with feelings of loss, alienation and frustration, as her daughter has packed up and moved in with her father and stepmother. You can just see the rage boil over in her; she holds on to her deep-seated resentment tighter than a little kid clutches 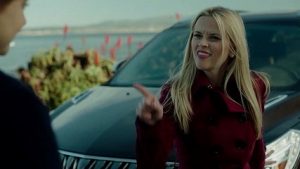 onto a doll or a piece of Lego. She seethes with indignation at the prospect of having a dinner with Nathan and Bonnie. Ed doesn’t think it’s a bad idea, as long as Madeline can comport herself (and we all know she’s like the Energizer Bunny who is CONSTANTLY running). It’s a tough situation BUT it would actually be in everybody’s interest to act like adults and put all the past baggage aside and have a normal dinner. As in four grown-ups talking, attempting to mend fences and being polite. (However, it’s still highly stressful, so one can see the trepidation on Ed and Bonnie’s part).

Jane is feeling like she doesn’t belong. She feels like she has to move again, much to the chagrin of Celeste and Madeline. They want to help their new friend and support her in any way, especially given the fact that they are now privy to a very painful and traumatic event that Jane endured years ago. I’m glad that Madeline and Celeste befriended Jane because they truly care about her. Jane is still experiencing horrific flashbacks and night sweats. The fact that her son sleepwalks and that Ziggy’s teacher is pushing towards seeing a child psychologist can’t be helping Jane’s stress level at all. Jane gets some professional help and has her son assessed. Her fears are groundless, as the child psychologist assesses Ziggy and there are no terrible findings to be found. I actually think it would be a good idea for Jane to seek some professional counseling, as she is experiencing post-traumatic stress disorder and even though she has suppressed those awful feelings deep down inside and she thought she could manage, even the strongest person needs to lean on someone or something. Madeline and Celeste have offered their emotional support and have referenced advice on therapy, which is great. I hope Jane gets the help she needs. And I hope she doesn’t entertain thoughts on trying to find the monster who sexually assaulted her. That would only lead to more heartache, devastation and psychological harm. 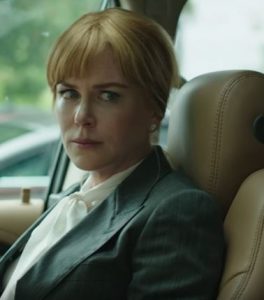 Celeste, for her part, has been asked to provide some legal support with respect to the Mayor of Monterey, as he is buckling under pressure to stop production on the play ‘Avenue Q’ – the very same one that Madeline has been a part of from the start of the series. And who should be sitting on the council at that meeting with the Mayor? None other than Renata Klein – and we all know that Madeline and Renata in the same room is like a match and gun powder. Celeste gets into her element and WOW! She makes some very compelling arguments as to why the play should go forth, how it ties into the politics of the Mayor’s office and how there is no sound legal basis for the play to be shut down. I was totally impressed with Celeste’s cool and business like demeanor. I sensed that she missed her career as an attorney and my instinct was correct. Wouldn’t you know it – both Madeline and Celeste feel invigorated by the meeting with the Mayor. Celeste feels alive for the first time in years and this is a huge struggle for many working mothers out there: she wants more because being a mother is not enough for her. This is not to say that being a mother is a terrible, unfulfilling occupation. It is the toughest job out there (as in evidence of watching my own mother, cousins and colleagues who manage day in and day out with working full time and tending to their families. Ladies, I salute you). Celeste wants to feel alive again; she wants to have that personal and professional sense of belonging and contributing. That is all evident in this clip:

However, we all know how Perry is and his controlling nature will surely hit the roof when Celeste says she wants to go back to work. I am in fear for her life. I don’t think Perry will understand her, nor will he support her. I feel as though he will really do something awful, to the point where Celeste will be severely hurt, or at the worst, killed.

Madeline, it is revealed, has made a couple of mistakes. Mistakes involving the theater director that she volunteers with. This is not a good thing; she claims to be happily married and yet…that is thrown in her face by Daniel. I had a twinge that something was brewing between the two of them. Madeline reveals to Celeste that after the meeting with the Mayor, she went to see Daniel and well….something happened. It wasn’t one sided and it definitely wasn’t the first time, either. Oh boy. Everyone in this episode is in a real pickle, for one reason or another. Of course, the episode is interspersed with more interviews from other parents of the school. They all give their take on Celeste & Madeline, plus how they feel Ziggy looks weird,  how Jane doesn’t fit in, etc. You know, when push comes to shove just who is going to cave in here? For some further insight here is “Inside The Episode.”

Guess we’ll just have to wait until next Sunday to see if anything new is revealed about who was murdered,  but by the looks of the “Once Bitten” trailer there is quite a bit of other issues yet to be exposed. Stay tuned.