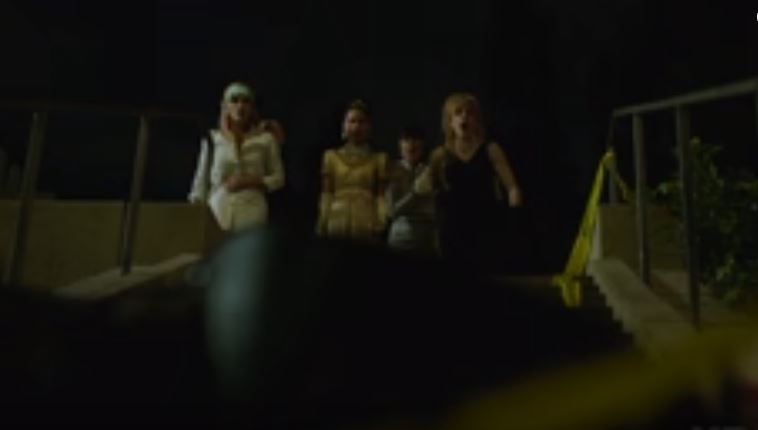 Big Little Lies is a good example what sets HBO apart from other broadcasters. While it may not go down as a title that people will think of first when they hear the word “HBO” like Game of Thrones or The Sopranos, it doesn’t fail to deliver as a cinematic work made for the small screen.

It is a risk to tell a story that opens so many questions right out of the gate and answer very few of them. It puts a lot of pressure on the final episode to tie up every loose end and present it as a gift to the viewer that watched every moment up until this point. While this series felt like a journey that lives up to the saying “It’s not about the destination, but the journey”, did it build up to a big payoff? This is the episode that will answer that question. So think *SPOILERS here* 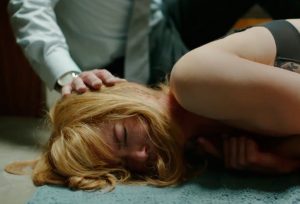 The episode starts off with a shot of a vent that carries a sound that is nearly inaudible beneath the noise of a video game. Celeste is on the floor of the bathroom and Perry is telling her she’s fine. This is a reminder that despite Celeste’s inner battle with herself, the violence is still happening. Perry darts to meet one of his sons before he reaches the bathroom. He claims that mommy’s sick and then “pretends” to be a monster to get him to retreat.

If I was to say one negative thing about this series, it would be that the police interviews seem less like an investigation and more as a means to hear Monterey’s gossip. Stu seems to expose how trivial the interview scenes are by saying “The only mystery to me is- why all the damn questions? You know who did it for god’s sake.” As much as the interview scenes seem to serve little purpose other than to get an idea of what bystanders are thinking, they seem to act as breadcrumbs that will lead to the end of the road.

Celeste tells her counselor how she got an apartment, but she’s not going to leave until after the fundraiser. The counselor mentions the children and Celeste protests “He will never hurt the children.” This sets the stage along with the opening scene for what we will soon find out is another way one of her sons has been harmed.

Ziggy fakes being sick to avoid going to school. He tells his mom that not only is he not the one hurting Amabella, but he knows who has been. It’s Max, one of Celeste’s sons. After Jane tells Madeline what Ziggy said, Gordon confronts Jane about attacking Renata. Tom breaks it up and then allows Jane to drop a line for some perfectly timed comic relief: “You’re not gay?”

Jane tells Celeste that Max has been the bully all along. While one would expect that she would object more, she seems to be talking it through in her own head. When Jane states how she had to come to terms with the fact that violence may be part of her son’s life because of who his father is, you could see the connection form in Celeste’s eyes. This idea is an ironic one as we soon learn, but it is the final straw to get Celeste to take action. Her kids could be learning from their father. It’s interesting how this show has dropped subtle breadcrumbs amongst the school of red herrings.

Abigail tells Madeline that she decided not to go through with the project. In a strange way, the whole secret project plot seemed to bring Abigail and her mother closer together. They talk casually about how her protest would overshadow the cause. It may have been the secret project or the fact that she moved away that allowed them to have a more civil relationship than the earlier parts of the series.

Perry says what many viewers must be thinking when he enters the bathroom while Celeste takes a shower: “This feels very dangerous”. He stalks behind her like a monster in a horror movie. I could not help seeing the flashbacks to the earlier scenes of Celeste being abused while I watched this scene.

Perry confronts Celeste about moving out and drives passed the school. Celeste explains how Max admitted to hurting Amabella and how his violence is affecting their kids. She’s trapped with a caged animal as Perry flips between rage and pleading in desperation. If it wasn’t for Renata’s sudden appearance, who knows how much the situation would have escalated. 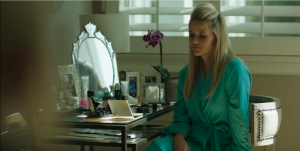 Ed performs after knocking back some liquid courage in the form of a triple vodka on the rocks. This causes the pit of guilt in Madeline’s stomach to grow big enough that she runs off. Ed is clearly singing to her and she’s plagued by the affair she had. She confesses to Jane about it.

When Perry catches up with Celeste, Jane sees the face of the man who assaulted her years ago. D.A. Zapata was right that it was Perry and I was wrong because despite wanting him to be the one to be killed, I didn’t believe it was going to happen. The interviews are not heard from the mothers that series revolved around. All that is heard is the annoying hum of fluorescent lighting before one of the investigators explains that she is tired of their lies. We never hear the story told directly from their mouths, but that is somehow perfect because we’ve watched it all unfold over these seven episodes.

The show is over yet as there’s one final twist. We watch as the women struggle with a monster who has lost control. Each strike is censored with a flash of waves crashing against rocks and the only sound heard is the piano playing. It stops abruptly as Bonnie is the one to push Perry down the stairs. Her motivation is a bit unclear other than she watched as he was aggressive towards Celeste and then it eventually spilled onto the rest of the mothers. Maybe she felt that the only way he could be stopped was if he was caught off guard, which she clearly did. 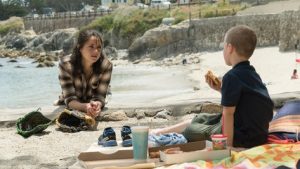 e felt that he would always be violent towards women and perhaps kill someone if he wasn’t stopped immediately. That seems to be the underlying theme of this episode especially: a guy who assaults women will continue to do so if something is not done about it. The man who assaulted Jane went on to marry Celeste and carried on an abusive relationship with her. Perry needed to be stopped and you get what you need. Maybe Madeline and Bonnie needed this single event to finally put aside their differences. Jane was haunted by a sexual assault that led to the birth of her son who she feared would end up like his father. She got the closure she needed.

But, was the finale of Big Little Lies the payoff we needed? I think so. It seems that despite there being multiple subplots, some placed as red herrings and some to provide depth to the characters, they all wrapped up in a way that was satisfying without feeling rushed. It feels like I found a gem with this show. Normally I’m skeptical when it seems like it has stacked the deck with well-known actors and actresses because it can mean that the production falls short somewhere and it’s usually the writing that suffers. I’m glad to say that this wasn’t the case with Big Little Lies. I’m excited to watch it again from the beginning and perhaps even read the book.