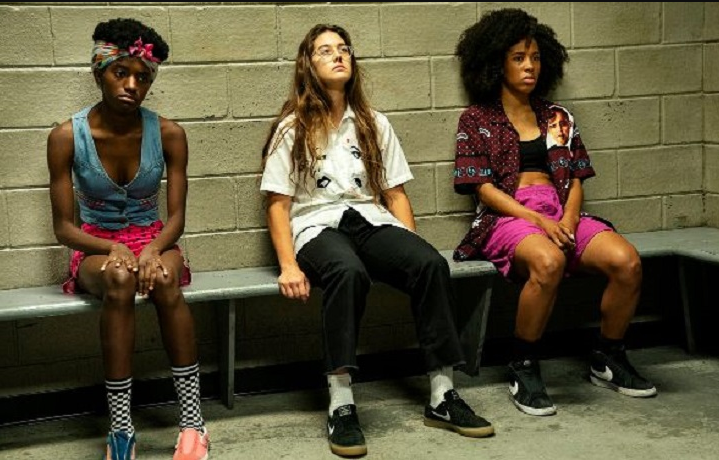 This episode is the most solid one of the bunch so far. The boarding montages were kept to a minimum leaving more for the story and the plotlines show that things are not so good for the Betties.

If you remember the end of the previous episode, we had Janay, Honeybear & Camille sitting in cop cars for the little fracas that went down at the club. Well, it turned for the worse as we find them sitting in the hoosegow or as they call it The Tombs. Great scenes always happen when people are stewin’ in a detention cell awaiting bail and this time around is no exception. There is always the high one dithering away and the mousey one at the end of the bench and the one who seeks to dominate the space. It is all here. And even though our girls are in a serious conversation the scenes played out in this locale are just fun to watch. Honeybear is worried that her Dad will find out, plus she has to pee but is too afraid to do it in the exposed toilet across the cell. Camille is not in the best of company because she dissed the girls with that whole exclusive skate rink thing and Janay is just in a bad mood in general about it all. She still is worried about the potential disloyalty of Donald, which ended with her in jail. That issue is far from resolved. 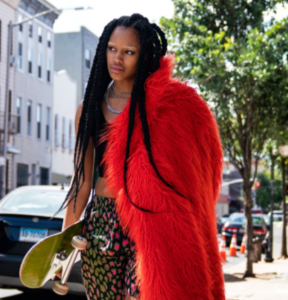 The jail time does come to an end when Indigo bails out Janay & Honeybear. It appears that Indigo made back the money she lost from the stolen goods. She was to pay Farouk back but instead dropped a grand or so to get her friends out of jail. That may lock her in as a good friend to the Betties but not to Farouk. She is still in deep doo-doo for that money, but she has a plan to make it back and we will see how that plays out. So, what bout Camille? Her one phone call was to Bambi and when she successfully gets bailed out, she assumed it was him that paid, but he didn’t wait around for her. It turns out when she links up with him later to thank him, he admits that it wasn’t him who put up the money; that he forgot all about helping her. Ouch! He forgot? Girl, see the writing on the wall regarding this relationship. But then, who did anonymously bail her out?

And where is Kirt? Well, she did go with Indigo to bail out her friends but she was quickly ostracized by Janay because it was Kirt’s volatile actions that got the gals arrested to begin with and they were pissed that Kirt who walked away free & clear. Kirt totally didn’t get it and walked away hurt and confused. She took her mind off of it temporarily though and not with some skateboarding time but with some bed time with a gal. Oh, my. Honeybear got her mind off off the ordeal of the day also with her first date with Ash. They hit it off nicely.

So where does that leave us? Well, Indigo is still in dangerous debt; Camile is in a quandary on who bailed her out of The Tombs; Janay, after a civil talk with Yvette (Donald’s other girl), has a hard decision to make and Kirt has relationships to mend. A peace offering of some potent mushrooms didn’t work, so we see her helping herself to them. Oh boy. The only one to seem okay by the end of the day is HoneyBear and good for her!

The next episode looks like more confrontation is in store.  Bring it on.