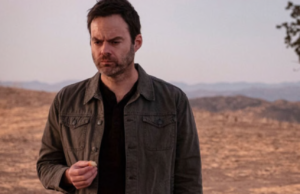 Listen, it’s been a minute since we’ve seen these folks. I’ll admit, I felt a little behind. I was grateful for that recap but even then I was like, “Did I even watch those seasons?” I mean, I know I did. Definitely covered them, but they were so long ago. But look, I remembered the important part that this is a show about murder. And man alive, it started off with a bang. Or a bang-bang, if you will. 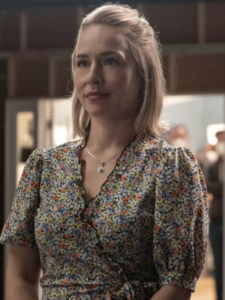 Barry (Bill Hader) is pretty miserable. He’s taking odd Craigslist hits which are tedious and irksome. But he’s with Sally (Sarah Goldberg) and she seems to be thriving and bossy as ever. I forgot how much she annoyed me and then it all came flashing back. First, snipping at him about when to come for the lunch he’s rehearsed to decline. Second, no need to be so abrasive with your assistant. I would imagine she makes your life a hell of a lot easier so maybe don’t be a dick, Sally. The juxtaposition between the seemingly miserable Barry and happy Sally was quite amusing, but is Sally as happy as she’s letting on? For Barry, well he got the girl but perhaps that wasn’t enough. The phone call about flower colors killed me. Just imagine, you call this guy because you want someone killed and he starts talking about what flower colors mean. But seeing a bullet hole where you did sends some kind of messages, Barry. How much longer is this relationship going to last and how do we think it’s going to end?

Meanwhile, NoHo Hank (Anthony Carrigan) is thriving. He’s running heroin out of a plant shop. He does get pulled into interrogation by the cops though. Carrigan is such a brilliant actor and plays emotions across his face so beautifully. But he knows Barry sold him out now and that’s gotta sting. In happier news, he’s shacked up with Cristobal (Michael Irby) and they are domestic and adorable. I hope we see more of them this season. An then there’s Fuches (Stephen Root) who is hiding out in Chechnya. It’s been a few months, but he’s supposed to stick around a ways longer. If his housemate doesn’t kill him first for his annoyances.

But we can’t forget Mr. Cousineau (Henry Winkler) who has had to shut down the theater and is living with his son and family. He knows it was Barry who killed his girlfriend, despite what the police might have believed from Hank. He has a plan of his own to take action and the scene builds brilliantly. Up to the pinnacle, you’re wondering what will happen most especially after Cousineau challenges Barry to fucking earn some forgiveness. I won’t say I’m not scared. Stakes are high. Very high.