This episode we open with Fuches (Stephen Root) still chatting with the bikers. His mission to alert family members to Barry’s (Bill Hader) murderous past has gone on quite a journey and what a twist it makes. Well shit, Fuches. What now? Oh yeah, the cops are on the trail. With Barry’s old Marine buddy Albert Nguyen (James Hiroyuki Liao) leading the otherwise bumbling idiots, the case is actually making way. And I leave Detective Mae Dunn (Sarah Burns) out of that idiots comment. She seems to be of sound mind. 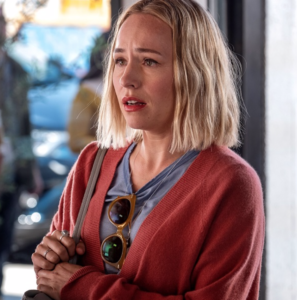 Then there’s Sally (Sarah Goldberg) who finds herself unloading her life on the beignet guy. They want to scrap her show, fine. You need to keep your fingers in the pot, Sally. Is this gig what you want? No. But they want your talent. Keep that in mind. Behind the scenes work now could pave the way to onscreen things later. Look, it’s the smart thing to do as was breaking up with Barry. My god, man. That out loud chat to text was just ultimate level of embarrassment and also terrible, awful things of yourself to share to everyone in the store. 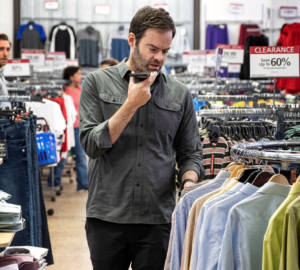 Barry himself gets a call from his buddy Chris’s widow Sharon (Karen David) and she wants to get a little dinner together. Old Marine buddies? He’s in. He even stops to get some of those beignets and the baker man gets unloaded on some more. NoHo Hank (Anthony Carrigan) even stops by and vents. Though a merger offer was probably not what he expected. Why did I weirdly hope he would say yes? Can you see Hank baking? Because I can.

Back to Fuches. He’s been taken in by a Hispanic family and is being cared for. It’s like a whole other world out there. But after Chechnya, you think he’d be pretty used to this by now. Especially the goats. But don’t worry, Starbucks is just over the hill. It’s almost a turning point for him. Almost. After seeing Barry’s picture in an article about Gene (Henry Winkler) helping him, Fuches decides he has unfinished business and takes off. 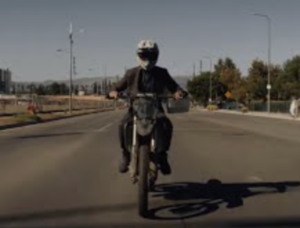 Barry has his special little donuts and begins making his way to dinner. Well, well, well, visitors. On motorcycles none the less. I truly couldn’t have imagined how that whole scene would go, let alone everything they could fit into a half hour show. I was on the edge of my seat wondering what the hell was going to happen next. All the stunt sequences were brilliant and amazingly shot. Hader himself directed the episode and if that is any indication of his mind as a director, then dear sir, please go make a movie! Barry makes it to dinner, donuts safe. But guess who has already been there? Cliffhanger of the freaking year!