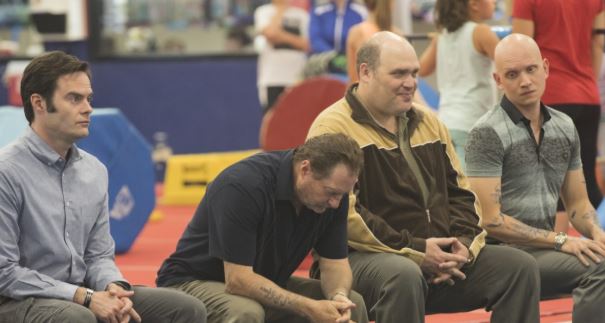 A double dose of episodes from me this week with our favorite acting killer! Last week in “Chapter Four: Commit…to You,” Barry deals with Sally blowing him off, questions his needs and if he’ll ask for them, and makes a new “friend.” This week in “Chapter Five: Do Your Job,” Barry and his new friend get ready to take down a stash house, and frankly, his new friend seems a little too excited to kill people. And Barry drops a hard lesson for everyone in acting class about what it means to do just that – kill. Let’s dish it up, folks!

The episode that aired April 15th gave us a great quote from Gene Cousineau (Henry Winkler). He asks this, “Barry, did you ever ask for what you need? Or did you just quietly feel shame at your own desires while sadly doing the bidding of others?” Wow, dropping some deep shit over here, HBO. Barry is a soldier. A retired Marine, we don’t know why he got into that life. All we know is that the job skill he has is for 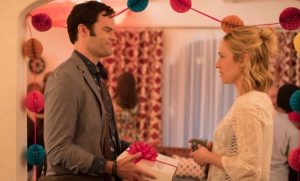 killing people and he still has that job because he’s good at it. A skill he’s honed in his service. Serving in the Armed Forces is a very honorable job. Particularly deep respect from me, because I don’t do well with being told what to do. The military is all about taking orders. So Barry has gone from taking orders in service to taking orders in his job. But what does Barry actually want? Well, we know that Barry wants normalcy.

In Barry’s visions inside his dream world of what his life will be, he has normalcy. He ends up married, having kids, and since his job is never quite made clear, perhaps there might even be more for Barry beyond acting in his brain. But no matter what he is seeing, the basis is the same. It’s a settled, happy life with a family. Barry is trying to make inroads with Sally, but she blows him off to focus on her acting. Barry even tells off Fuches (Stephen Root), but Fuches doesn’t let up on him and Barry starts to get the sense that getting out of the hitman racket isn’t going to be that easy. Meanwhile, his Marine buddy Chris (Chris Marquette) also catches up with Barry and brings two of his own friends, Vaughn (Marcus Brown) and Taylor (Dave Pavinksi.) Taylor ends up in Barry’s car and finds the stash house job, wanting a piece of the action. Oh dear.

Moving on, I really got to say, honestly, that I really don’t like Sally anymore. I’m kind of over her as a love interest. She’s so obsessed with the idea of being a star, that she doesn’t realize how she treats people around her. She calls Barry over to have sex with her after a bad audition. Selfish. He asks if he can assist her with her audition because it’s for a military role, but she blows him off. Selfish and stupid. You have literally a wealth of knowledge sitting right in front of you. And after she has admittedly another bad interview and after being sleazily propositioned for sex she gets dropped by her agent for not putting out. She meets Barry at a party where he offers her a new laptop and she angrily goes off on him and storms off. More Selfishness. She didn’t even once say thank you while refusing the laptop? C’mon. Obviously yes, that’s too much and I could never accept it either, but he went out of the way to buy you a really nice laptop because your laptop screen was cracked. At least say thank you. And I get that Barry is being clingy after hooking up just one night, but Sally has absolutely no justification for being so utterly rude to him. Did she ever make it known to him that’s what it was? Because it seems to me, you were interested but 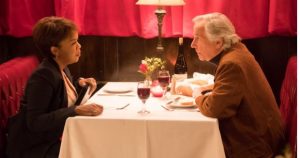 now you’re having a tantrum about your career.

Also in the works, Cousineau cozies up to the Detective (Paula Newsome.) And I think I see some major sparks flying. Witty banter? Check, please! But even he’s still slogging his way through the acting world and making no inroads. Perhaps things will fare better with the lovely Detective?

Chapter 5: Do Your Job

Well, Barry is trying to make it up with Sally and she blows him off yet again. But Barry blows up too at acting class when discussing Macbeth and the idea of killing. Everyone is judging over the killing and Barry loses it. And he’s right too. H has killed people; He has killed people in defense of the country and out on the street. Would they say the same about someone who killed in self-defense? No, taking a life is not good. But it’s also not a black and white situation. And Sally hasn’t just pissed off Barry. In fact, it seems like most of the acting class is pissed off at her, and frankly, I was thrilled. Sally was being manipulative 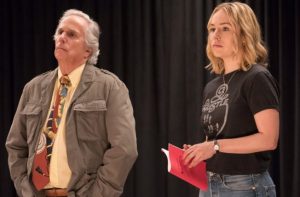 trying to get the class against Barry. So screw you, Sally. Everyone else sees through your B.S. too!

Also in the episode, Barry and Fuches are trying to figure out the stash house situation. Barry wants to cool off for a minute, but Fuches pushes forward. He insists that Barry do the job with Taylor and just kill him afterward to make everything tidy. And here is where I think Fuches just made the tipping point mistake. He asked Barry to kill another Marine. Semper Fi, ever heard of it, Fuches? Barry doesn’t kill Taylor and instead the two take out the stash house. Barry nearly gets killed in the process but Taylor does have his back and they get out of there in one piece. I think Taylor is a loose cannon and I certainly wouldn’t recommend the two of them stick together. But Taylor could be useful in helping Barry get out of the situation.

Oh and the tiniest of side notes, but the Detective and Gene are still knocking boots and I freaking love it. She still thinks the acting class is holding Ryan’s killer, and she’s not wrong, but how long until she gives up and moves on?

So like I said, maybe Taylor can help get Barry out. But I do think that it will mean Fuches will have to die. I doubt Fuches would be okay with Taylor just taking Barry’s place. I’m not sure Taylor has the finesse to lie to the cops if he happened to get caught axing someone. He would probably shout “Leroy Jenkins” and admit to it. But maybe Barry can find another way?