HBO will release boxed DVD and Blu-Ray sets of Band of Brothers and The Pacific bundled together in a special edition collection.  You’ll get all of the bonus material you found in previous releases along with a new “He Has Seen War” documentary which has been described thusly by the network:

“He Has Seen War” is an exclusive documentary that examines the postwar lives of veterans of both Band of Brothers and The Pacific. From their initial steps at reintegrating into civilian life to the lasting impact the war had on each of their lives, He Has Seen War features Easy Company and 1st Marine Division veterans and their families relaying their own unique stories.”

The DVD set will be released on November 8th, just in time for Veteran’s Day (Nov 11th) and will cost you just over $150 USD while the Blu-Ray discs will set you back $250 USD.  Take a look at the packaging below! 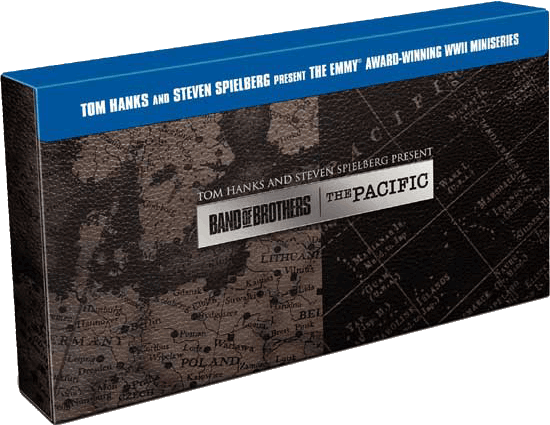 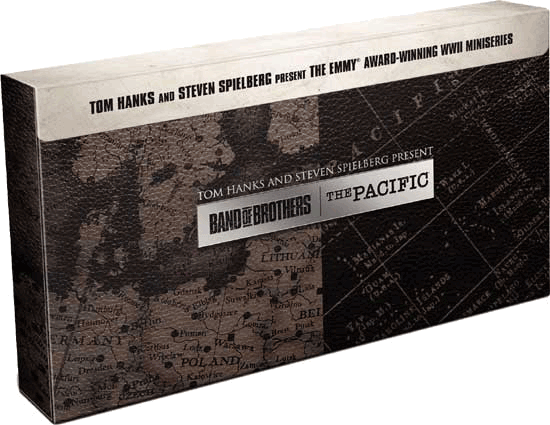