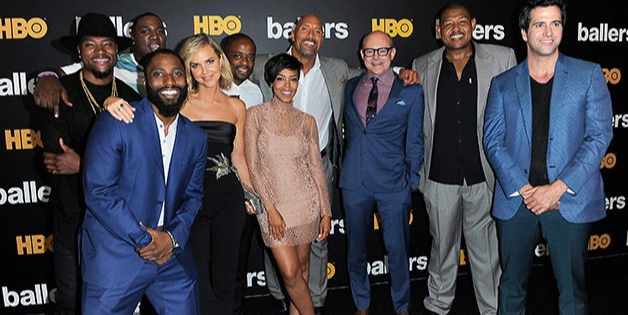 Out of the blue came the ruling that Dwayne Johnson’s BALLERS is done after the upcoming fifth season. Don’t worry though, HBOWatch will not leave you hanging as we will give the same review treatment for the series we have always done. So, look for a “Premiere Report” a ‘Halftime Report’ and a ‘Post-Game Report’ forthcoming.  The season has just gotten underway, as of this writing, and looks to be a complete a satisfying wrapup. Here, via an HBO Press release, are details:

This season finds Spencer (Johnson) settling into retirement and reflecting on his past, when an offer that’s too good to refuse comes his way and sends him back into the lion’s den, this time as a team owner. In the wake of his split with Spencer, an ambitious Joe (Rob Corddry) gambles aggressively to make Sports X greater than ever with the help of his new partner, Lance (Russell Brand). Meanwhile, Ricky (John David Washington) 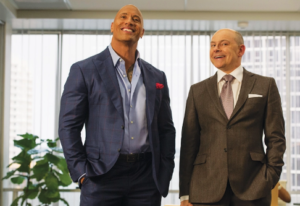 has a startling setback that forces him to consider a new kind of future and tests his physical, mental and emotional resolve; Charles (Omar Miller) learns that being a general manager means getting your hands dirty; Vernon (Donovan W. Carter) shifts his focus to his love of professional gaming despite Reggie’s (London Brown) wariness; and Jason (Troy Garity) decides to take his career to the next level. 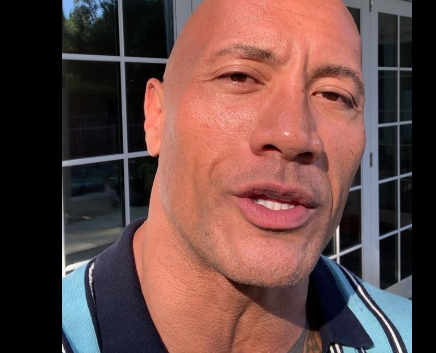 See how it all concludes as BALLERS airs Sunday nights at 10:30pm.