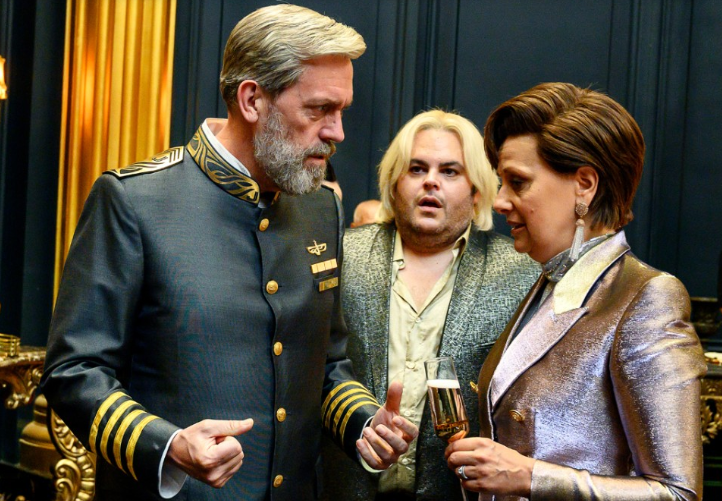 Only a few weeks into their newly-revised trajectory, cracks are starting to show, and the good ship and crew, not to mention the passengers, are quickly headed towards imminent radiation-induced death. It seems the entire voyage is swirling out of control and all hopes are being flushed down the drain.

As the show opens, we are treated to a little scientific foreshadowing as we learn that recreation space travel is feasible due to the super science of human waste. It seems the Avenue 5 is cloaked in an advanced “wet suit” of radiation-absorbing pending toilet humor that the writers take to the bank.

“Captain” Clark is still reconciling last week’s aesthetically-pleasing community theater crew reveal, and given that he is also an aesthetically-pleasing fraud, you might think the shock wouldn’t be quite so… well… shocking. We quickly see that “Captain” Ryan Clark’s winning personality, soothing charm, and outward-facing confidence still have a vital role to play in saving the Avenue 5.

Karen’s new purpose seems to be going well for her. Iris and Billie are still staying high-strung but steady. Matt continues to excel at his masterfully deadpan incompetence. Rav is starting to buckle under the pressure, and most of the crew, both on the Avenue 5 and Judd Mission Control, are beginning to feel the strain. Even the ship’s hospitality team is showing signs of the relentless misery of life among the entitled.

We see Matt, Judd, & Iris positioned into a new dynamic, and I honestly think this new scene pairing works well. Zach Woods’ portrayal of Matt Spencer is both familiar and subtly 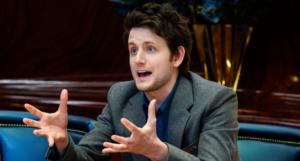 new. The fumbling incompetency highlighted by sudden onset wit is an excellent pairing to Judd, and a nice way to allow Iris to shine as she turns her ire on him. It’s a more compelling scene pairing than his attempts to mediate between Mia, Doug, and now Rav.

“Captain” Clark turns his charms on the engineering crew as a lovable “every man”, drinking and telling stories to entrench himself in the heart of the real crew. Coupled with his new-found interest in being a little more helpful than just a mouthpiece, this interaction, and those with the young science wiz, Zeke, it adds an interesting layer to Ryan going forward. While he is drinking the night away with the engineers, Ryan and Billie not only have to deal with the actors only knowing enough to look good in front of the passengers but find a way to get them to lie even better; and to complicate things, even their names aren’t real! Even the hand model, Sarah, the real star of nearly every bridge scene, is losing the “motivation” of her character… Sarah.

Just as things can’t get any more miserable for the crew, enter Karen. Herman Judd is having a little “don’t sue me soiree” in his master suite when the aptly named Karen puts a brilliant idea into Judd’s head: get a “feel good” photo of passengers posing with the aforementioned aesthetically-pleasing community-theater fake crew on the bridge.

This is when a literal s#!^storm starts. The wetsuit, that marvelous bit of techno-babble foreshadowing, that is filled with radiation-absorbing human feces, has ruptured due to not being vented. We are treated to the sight of a huge amount of life-saving poo thrown into space just as the photo of passengers is being set up on the bridge.

And to make matters worse, only the “Captain” can possibly fix the gushing fecal flow. Even though Ryan doesn’t know the difference between a valve and a flange, Billie tells him multiple times that all he has to do is find her on the communication link. Then we suit him up and get ready to watch an unqualified, aesthetically-pleasing, community-theater, fake starship Captain, spacewalk his way into plumbing history.

All we can do is hope that the comms hold out, and things turn out better for “Captain” Ryan Clark than it has for everyone else that has left the ship so far.