“I have a King’s Ransom for anyone that knows what the fuck they are doing”!  This is the decree of Captain Ryan after he discovers that the crew is not a crew.  Just as Captain Ryan is not a true skipper, the pseudo crew is a crockpot of attractive actors and actresses. The real crew is a handful of wrench-turning blue-collar workers located within secret compartments throughout the Avenue 5. HBO’s newest comedy series remains somewhat uneven, yet the performances and antics of the souls on board the titular ship make this journey worthwhile. What befalls them in Episode Three?

As expected the six-month return to Earth calculation was incorrect…there will be an additional six months added to the original three-year estimate. The engineer that gave the unverified calculation forgot to include 500 passengers into the equation. Pseudo Captain Ryan seeks out the boisterous Karen to break the news to the passengers. But having this spokeswoman was not Ryan’s initial plan. Captain Ryan can’t hold his liquor well and inadvertently spills to Karen the journey is now 3.5 years and that he is a Captain only by title. Karen concocts a bullshit story that has the majority of the passengers believing that 3.5 years is reasonable, however, spares them knowing that their Captain is every bit of a Captain as Captain Crunch. Dread lingers constantly, as the corpses of the deceased passengers and the real Captain of the Avenue 5 continue to orbit the vessel. 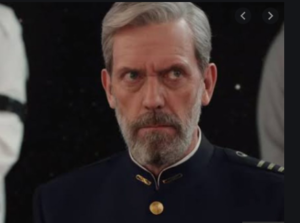 Another great reveal that transpired this episode yet again involves Ryan. He is in a polygamous relationship: Ryan is married to a man and a woman. He informs his lovers that he will not be in their physical presence for six months, much to their delight. But as we know, this was before the miscalculation is discovered. As with Iris’s heartfelt monologue on her late grandfather, the series is at its optimum when dealing with people’s personal lives. The bickering between frustrated couples and Avenue 5 owner Judd are amateurish distractions compared to the main character’s personal lives. These are cinematic nuggets we will gladly take. Even with Veep Iannucci’s subplots propelled the main narrative and that is a great strength. At this time, Avenue 5’s main narrative is curtailed by the less prominent character’s subplots

Avenue 5 is indeed a gold star effort by HBO but is missing the nuances of brilliant comedic components that Veep, Curb Your Enthusiasm, and Insecure displayed from their first seasons. Regarding the former, Veep really hit its stride with the second season. This could be the case for Avenue 5, however, due to the expensive production, I am questioning if this innovative but somewhat patchy series will be renewed. Nevertheless, Avenue 5 continues on its journey next Sunday at 9:00pm on HBO and we’ll be watching.