Armando Iannucci’s AVENUE 5 is about to take flight. It debuts SUNDAY, JANUARY 19 at 10:00pm ET. Are you onboard?

Here is a quick look at the trailer (you can find the earlier teaser here) & cast of the series. At the helm is Hugh Laurie as Ryan Clark, the captain of the Avenue 5. He has had a number of great roles but at HBO he played Senator Tom James in 20 episodes of VEEP. Now it is his turn to take the lead. One of Capt. Ryan’s crew we get to see right off is Bille McEvoy played by Lenora Crichlow. Billie is an engineer on board and as the clips indicate her expertise is in demand right away. Also, onboard is Matt Spencer who is titled as Head of Passenger Services for the cruise ship. He is played by SILICON VALLEY’s Zach Woods and seems a bit out of his league. 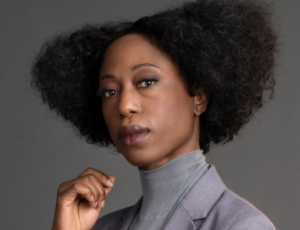 Adding agita to the crew is the presence of the owner of the Avenue 5 and his right hand (wo)man. They are Herman Judd and Iris Kimura. He is personified by Josh Gad and her by Suzy Nakamura. While he is onboard to apparently to smooze and be famous, she is always barking at the heels of Capt. Ryan. He best look out for her. The clips already reveal good moments between the two of them. As for Judd himself, well he is a work of egotistical art. Just jump over to Juddspace.com and get a tour of his vessel and all the amenities you can enjoy when you book a cruise on a Judd Galaxy cruise. Oh, brother.

The show does not just take place on the Avenue 5. There is a little cast of characters that are back at Mission Control and exactly whether they interact with the goings-on aboard ship all the time or have their own crises and subplots amongst them is unclear but it adds depth to the plots either way. Nikki Nikki Amuka-Bird (pictured) is Rav Mulcair, head of Mission Control. Rebecca Front, Ethan Phillips and Himesh Patel also appear as colorful characters along the way. Respectively, they play a cruise passenger, a former astronaut and an entertainer onboard.

The two clips we are given alert us to a danger aboard ship which results in both pissed off and injured passengers. It also alludes that the problem is not an easy fix and that they just may be sent adrift as it were. Mission Control scrambles and a spacewalk is required to make repairs. We will get all those details when we review the series premiere. 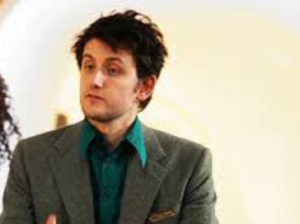 Here is hoping that the series is fun and entertaining. But I am a bit worried that it will be too similar to Iannucci’s VEEP. I hope this does not turn out to be VEEP in space; we’ve already had a close-knit group of bickering players launching vulgar snipes in snarky tones with Selena Meyers and company. We don’t really need a repeat of that. But the clips of AVENUE 5 have already indicated that tone. For example, from the teaser, we got the captain’s bite regarding Front’s Karen Kelly character and Mulcair lets one loose too. The Ryan/Kimura relationship should hold the most zingers in it I suspect. If you change up the tone Armando it might be smooth sailing. Gad’s Judd looks like a world of fun and if Woods (pictured) can drop SV’s Jared he might be fun too.

Time will tell. Are you eager for the comedic journey of AVENUE 5? To steal a phrase from another cruise line – come aboard, we are expecting you!